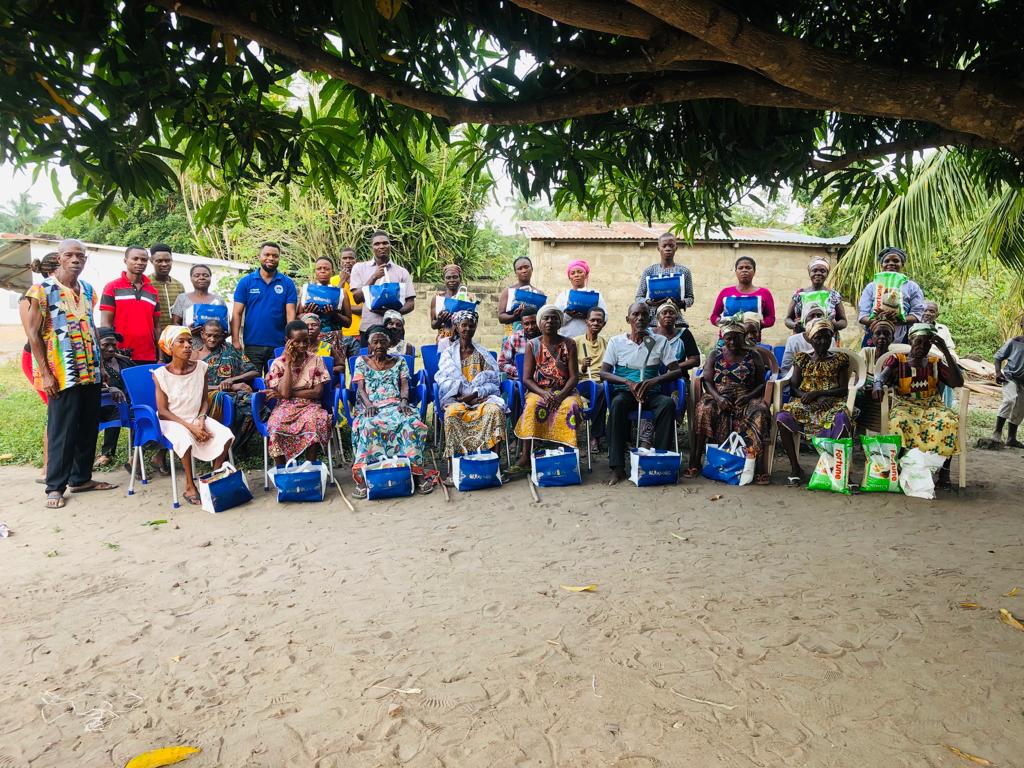 The youth of Agotime Adedome in the Volta region marked the new year by putting smiles on the faces of the aged, widows and physically challenged persons by donating to them some food items.

Christmas seasons are meant to be celebrated and enjoyed.

In order to make it exciting for all; the youth decided to raise some funds to make donations for less privilege group in the community.

The youth led by Sohefia James Jackson Buttu, Selorm K. Ernest, Raymond Elikem Agbo, John Adziah Dogbeda and Providence Newell Selasa, pleaded with natives of the town through their what’sApp platform to donate any amount to support the initiative.

Characteristically of the youth, they wholeheartedly embraced the initiative and overwhelmingly contributed towards it.

It all started as a dream, but it has now come into reality, as pictures of aged, widows and physically challenged persons receiving their donations in an exciting mood in Adedome.

The youth President, J.J. Buttu who spoke at the event encouraged the youth both home and outside to always come together to support a good course.

He then went ahead to explain what necessitated the initiative.
” I will first entreat the youth to always unite for a good course. We thought about people in our town who are less privilege and what we can do to put a smile on their faces this festive season, even though we cannot be responsible for them throughout. We organized ourselves as youth to raise some money for this initiative” he says

The much appreciated beneficiaries sang in ewe to show their appreciation for the kind gesture.

Messages have poured in to appreciate the brains behind the initiative. Equally the organizers have reciprocated the appreciation to the many youth outside the town for embracing the initiative and donating towards it.

Meanwhile, like Oliver Twist, the youth is calling on natives living outside community to support in the building of the clinic and ICT center for the school.