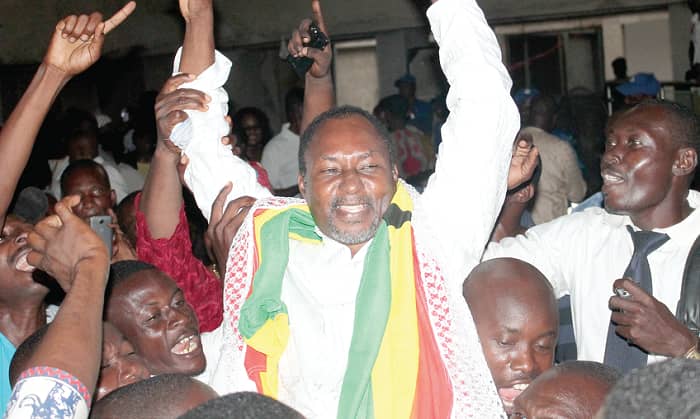 The 18 Assembly Members in a unanimous decision have overwhelmingly re-elected President Akufo Addo’s nominee, Alexander Nii Noi Adumuah for the second-term as the Municipal Chief Executive of Adentan Municipality.

The incumbent MCE obtained a 100 per cent votes as all the 18 Assembly Members including the Presiding Member voted “yes” in favour of the nominee to continue with the massive developmental and infrastructural projects being undertaken within the municipality.

His confirmation is mostly based on the massive infrastructure development, ongoing projects and resolving of issues affecting the municipality negatively.

Speaking to the media, the re-elected MCE expressed his appreciation and thanksgiving to the Almighty God, the Regional Minister, Member of Parliament in the area, Traditional rulers and leaders, members of both political parties, staff of AdMA,residents present among others for making his confirmation successful.

He continues that his confirmation chanced on a new chapter and new ideas, adding that, sanitation would be his major assignment to tackle in the municipality.

“Because there’s a lot to do in the area of sanitation, we would engage both the private and public sector in order to curb the menace as well as build entrepreneurs in that particular field”, he added.

He reaffirmed his commitment to build consensus at the Assembly level in order to ensure massive development the municipality as well to give residents a better living condition and job opportunities for the youth.

“We have limits but within that we still have the maximum task ahead in terms of development to make Adentan a better place to live”, he noted.

He called for cooperation and united front from residents and unity of purpose from Assembly members during decision making that would pave way for good and better infrastructure development within the municipality and to resolve issues negatively affecting the environment.

“the major expectation is to work in unison, once you are united, I believe that the rest would be good things to follow because of the kind of synergy we rely on to operate”, he said.

The Presiding Member for AdMA, Joseph Odai Boye also gave an insight on Section 20 (1) of the Local Governance Act, Act 936, which states that there shall be a District chief Executive for each district appointed by the President with the approval of not less than two-thirds majority of the District Assembly members present and voting at the meeting.

He therefore urged his colleagues to work in unity and together to bring development to residents of Adentan Municipality.

“Colleagues, this is another opportunity for us all to work in harmony and togetherness in order to bring development to the people of Adentan Municipality”, he added.

Present at the ceremony were dignitaries from government, Greater Accra Regional Minister, Henry Quartey, MP of the Area, Mohammed Adamu Ramadan, Traditional rulers and leaders, residents, staff of AdMA among others.