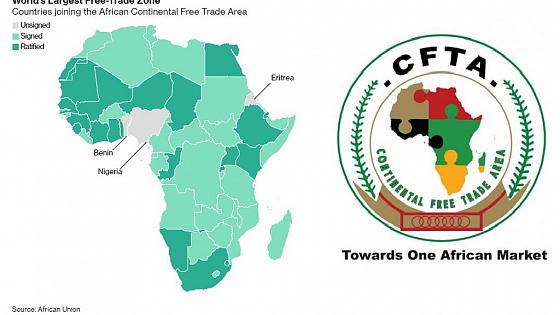 One of the key mandates of the AfCFTA agreement is the promotion of industrial development through diversification and regional value chain development, agricultural development and food security.

This is imperative given the low levels of investments in industrial production, which is also a major contributor to the low percentage of intra-African trade. Africa has 17% of the global population and fastest-growing middle class but only accounts for 2.1% of global trade and 3% of the world’s GDP.

It is against this background that His Excellency Wamkele Mene convened a brainstorming workshop to discuss the matters of trade and industrial development, which led to his proposal to constitute an Advisory Council to provide advice on trade integration and transformative industrialization as part of the implementation of the AfCFTA.

The recent Summit of Heads of State and Government in February 2022 endorsed this proposal.

In no particular order, the following are members of the AfCFTA Trade and Industrial Development Advisory Council:
Dr Arkebe Oqubay, a Senior Minister and Special Adviser to the Prime Minister of Ethiopia and has been at the centre of policymaking for over 30 years.

Dr Rob Davies retired in May 2019 after completing ten years of service as South African Minister of Trade and Industry and twenty-five years as a Member of Parliament
Dr Taffere Tesfachew, is an international consultant on trade-and development-related issues. He was director of the Division on Africa and Least Developed Countries, UNCTAD Dr Dipeolu is Special Adviser to the President of the Federal Republic of Nigeria on Economic Matters.

Carlos Lopes is Professor in the Mandela School of Public Governance at the University of Cape Town. He has occupied several leadership positions across the UN system, including policy director for Secretary-General Kofi Annan and executive secretary of the UN Economic Commission for Africa

Dr Celestin Monga is a Visiting Professor of Public Policy at Harvard’s Kennedy School of Government, Faculty Associate at the Center for International Development (CID) at Harvard University, and Fellow at the Harvard University Center for African Studies. He is also a part-time Professor of Economics at the University of Paris 1 Panthéon-Sorbonne and Research Professor at Peking University’s Institute of New Structural Economics.
Ambassador Magda Shahin is the Director of the Prince Alwaleed American Studies Centre at the School of Global Affairs and Public Policy (GAPP) at The American University in Cairo.

Professor Caroline Ncube is an NRF rated researcher and holds the DST/NRF SARChl Research Chair in Intellectual Property, Innovation and Development. She is a Fellow of the Cambridge Commonwealth Society and a Shell Centenary Fund Scholar. She is an Associate Member of the Centre for Law, Technology and Society, at the University of Ottawa.

Prof Fiona Tregenna heads the DSI/NRF South African Research Chair (SARChI) in Industrial Development, leading this centre of research, training and policy engagement, and is also a Professor of Economics at the University of Johannesburg. She sits part-time on the South African Competition Tribunal (appointed by the President), where she adjudicates competition cases.

Dr. Stephen Karingi is currently the Director, Regional Integration and Trade Division of the Economic Commission for Africa. He joined the United Nations in April 2004. Before joining the United Nations, Dr. Karingi was a Senior Analyst and the Head of Macroeconomics Division in the Kenya Institute for Public Policy Research and Analysis (KIPPRA), a Public Policy Think-Tank. Before KIPPRA he served as a Lecturer of Economics at Egerton University.
Professor Oyebanji Oyelaran-Oyeyinka, Special Advisor to the President of AfDB on Industrialization and a globally respected leader in the field of development economics, where he has contributed immensely to the social.