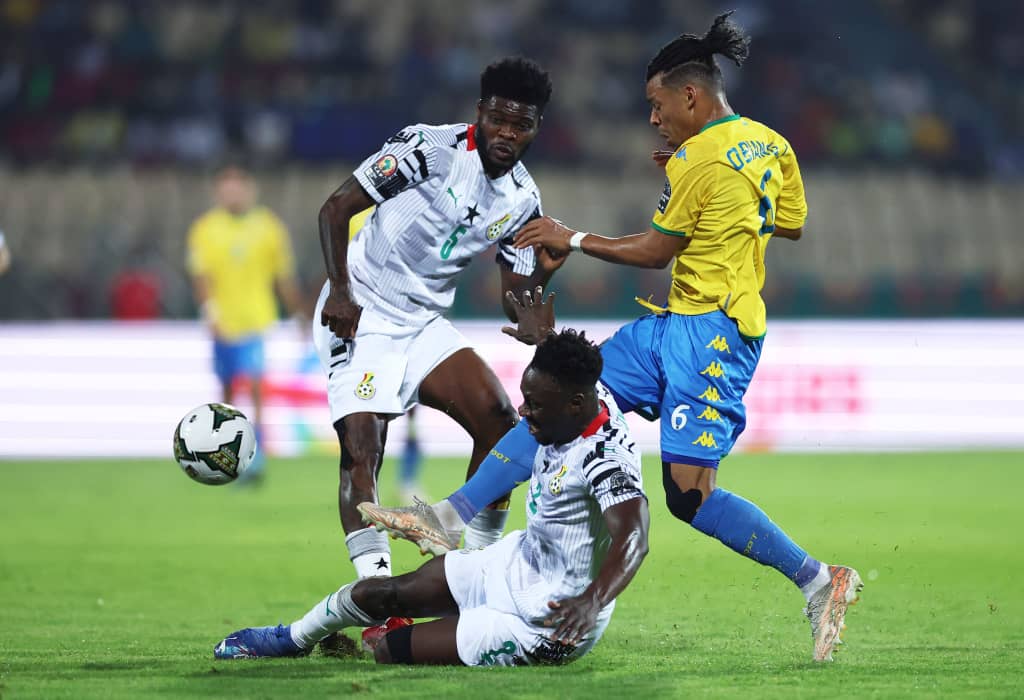 Jim Allevinah scored at 88th minute for Gabon to deny the Black Stars their first-ever win in this year’s African Cup of Nations tournament.

Ghana’s Captain, Andre Ayewscored a stunning goal in the 19th minute to give Ghana the lead.

Ghana lost their first match in AFCON against one of the tournament’s favourite Morocco by alone goal.

They now have one point intwo matches and could qualify as one of the best third place team if they beat Comoros in the last group match.

Gabon started the match on the good note with early incursions.

The Black Stars struggled with the ball within the first 15 minutes. But a moment of brilliance from Andre Ayew gave Ghana undeserving lead in the 19 minutes.

Gabon pushed harder for the equalizer, but we’re denied by Ghana’s backline.

The game went on break with the only goal in favour of the Stars.

Gabon started the second half with more resilience and purpose. While Ghana was struggling to string passes together just as it was in the first half.

Ghana had the chance to double the lead but Substitute Joseph Paintsil selfishness denied them.

Gabon kept knocking until the moment came in the 88th minute where a free kick was quickly taken from the center line that found Jim Allevinah made two legs over and shot into the back of the net for the equalizer.

Ghana’s Coach Milovan responded with two quick changes, but that was too late to get them a late win.