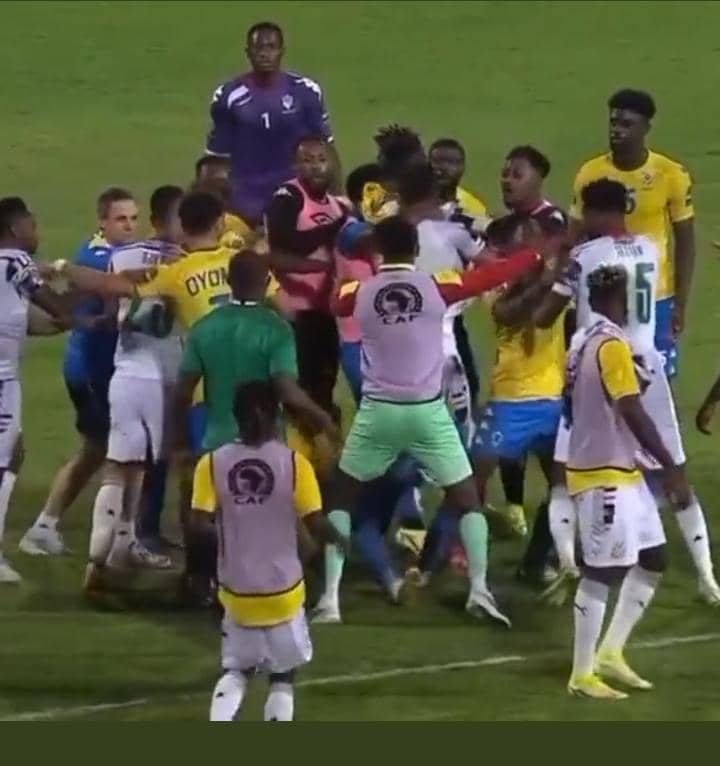 Late substitute Benjamin Tetteh was shown a straight red card by the referee after the final whistle for punching a Gabon player in the face.

Andrew Ayew opened the scoring with a stunning 25yards shoot in the 19th minute. But Gabon got the late equalizer through a substitute Jim Allivenah.

After the final whistle scuffle ensued after the Ghanaian players invaded the pitch to complain to the referee over a fair play situation which led to the equalizer.

They were squarely met by the Gabonese and Benjamin Tetteh landed a heavy punch in the face of one Gabon player who fell on the pitch.

The referee then showed him a straight red for that incident.

The Black Stars were angry that they kicked the ball out because they had a player down, which should be given to them as fair play demands.

The Gabonese never did and went ahead to score a goal which denied the stars their first win. That is why they were furious.

But the Gabon coach in a post-match interview said fair play is an English word. It does not mean Ghanaian should waste time.

“The word Fair Play is an English word. We don’t have this word in French. Before you (Ghana) lecture me about Fair Play, you (Ghana) were involved in so many instances that do not show that you were practicing it exactly.”