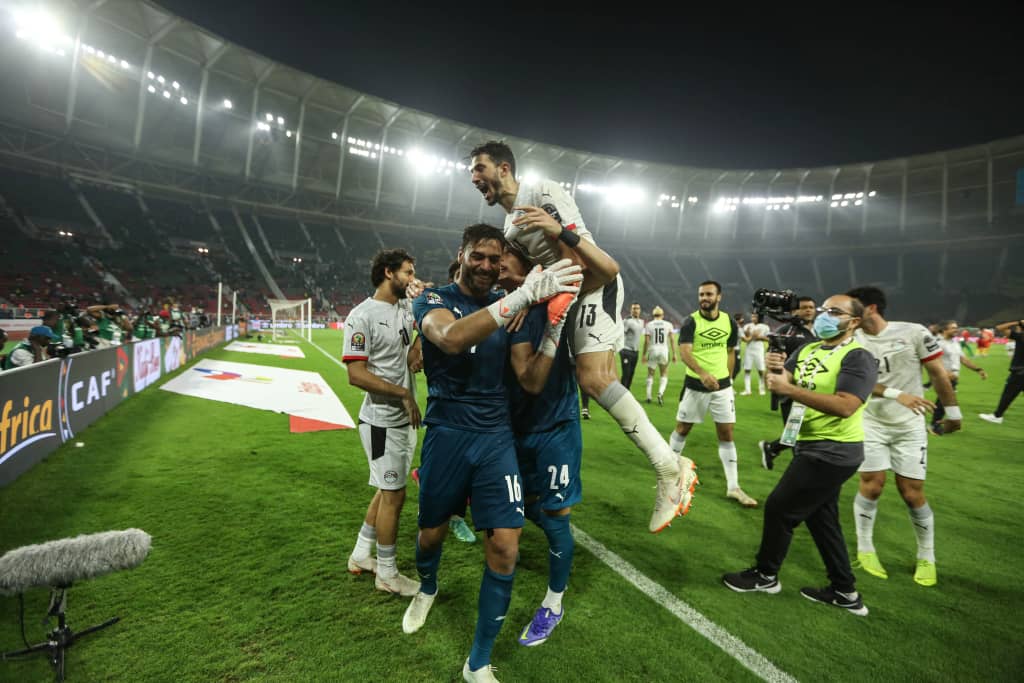 Tears flow down the cheek of the Cameroonian players and fans as Mohamed Aboubagal heroics in the penalty shootout sends Egypt to the final to face Senegal at the expense of the host nation in a tension-filled semi-final on Thursday.

The second semifinal of the ongoing African Cup of Nation ( AFCON) between the host nation Indomitable Lions and the Pharaohs of Egypt started with much tension and highly tactical.

The game didn’t see many goalscoring opportunities, but loads of drama on the technical bench which saw the head coach of the Egyptian Carlos Queiroz sent off for continuous complaints.

The ninety and the extra thirty minutes ended without a goal, and straight into the penalty shootout.

The captain of Cameron Vincent Aboubakar calmly placed the ball to bring the stadium back to life.

Zizo also scored beautifully for Egypt to put the pressure on the host.

Harold Moukoudi penalty was sumptuously saved by Aboubagal to give Egypt hopes of qualifying.

Mohamed Abdelmomen compliment his goalkeeper effort by scoring to make it 2-1.

James Lea Siliki killed the hope of the Indomitable Lions after his penalty was saved beautifully. Egypt Mohaned Laheen scored beautifully to make it 3-1.

Clinton N’Jie stepped out and it was like he had carried the whole stadium on his head, knowing very well a miss from him mean they are out.

With low confidence, he shot wide and all the Egyptians players ran towards Aboubagal to celebrate the victory.

It’s all set, Egypt will face Teranga Lions of Senegal in what appears to the battle between Sadio Mane and Mohammed Salah on Sunday.

The host will face Burkina Faso in the third and fourth place match on Saturday as dress rehearsal for the final showdown on Sunday.