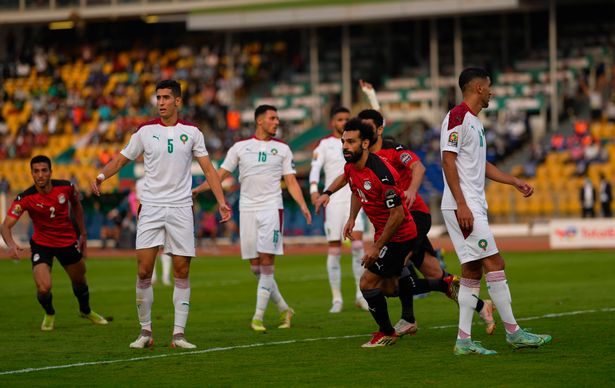 Liverpool star man Mohammed Salah once again proved to be one of the best players in the world as he scores and provided assist in the quarter-final of ongoing African Cup of Nations( AFCON)as they triumph over Morocco to make into the Semi-finals for the five times in six AFCON.

An early penalty from former Southampton forward Sofiane Boufal had given Morocco the lead in the North African derby at the Olembe Stadium in Yaounde.

The Egyptian came from the recess with much energy and determination, and got the equalizer eight minutes into the second half, with Salah who pounced on Morocco goalkeeper Yassine Bounou only palming a save back into the danger zone.

Carlos Quieroz’s Egypt grew increasingly stronger throughout the match but the sides could not be separated in normal time, prompting an extra 30 minutes.

Salah was again decisive for Egypt as they took the lead in the 100 th minute of the clash as he escaped down the right wing before playing a perfectly-timed delivery for Aston Villa forward Trezeguet to tap home.

Egypt will face the host nation Cameroon in the semi-final of the competition.