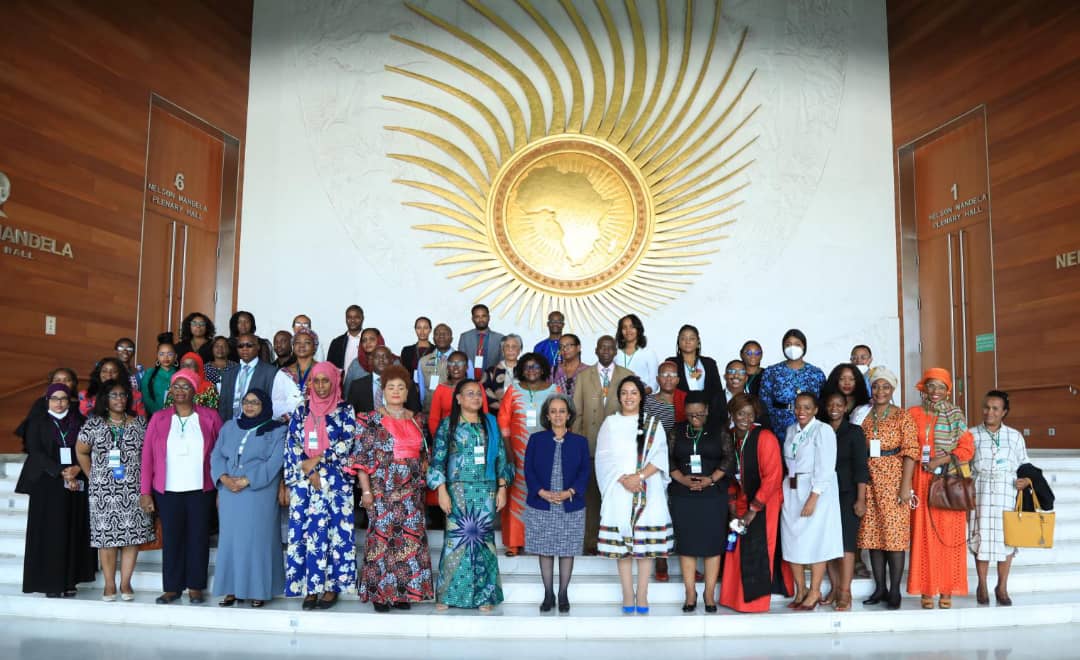 The African continent’s dependence on natural resources and rain-fed agriculture has called for urgency in meeting commitments to climate action and disaster risk reduction. The agricultural sector, which is highly susceptible to climate change and variability, provides a livelihood for 70% of Africans and contributes about 30% of the continent’s GDP.

The heavy reliance on agriculture also means that women are highly exposed and vulnerable to the impacts of climate change and disasters, as they account for 90% of employment in the agricultural sector in many African countries.

As climate impacts surge, women have been forced to invest more time in meeting family needs. For example, due to droughts, women are sometimes forced to travel longer distances to collect water, which not only exposes them to additional time losses, but also to increased risks of gender-based violence.

Women’s reliance on agriculture and natural resources for their unpaid production and care activities makes them particularly vulnerable to climate fluctuations. Climate change shocks are superimposed on political, economic, social and health shocks in some sub-regions such as the Sahel, the Lake Chad Basin and the Horn of Africa, straining the resilience of communities in general, and women and girls in particular.

However, despite women being disproportionately affected by climate change, they play a crucial role in climate change adaptation and mitigation. Women have the knowledge and understanding of what is needed to adapt to changing environmental conditions and to come up with practical solutions.

Women and girls are essential, effective and powerful leaders and change-makers to address climate adaptation, mitigation and solutions. But they are still a largely untapped resource.

The just concluded series of the Africa consultations under the 66th Commission on the Status of Women (CSW66), African countries adopted the Common Africa Position with a call to action to national, regional and global stakeholders to:

Fulfil existing commitments and obligations under the Rio conventions and the Sendai Framework includes;
Strengthen the capacity of national statistical offices and government institutions to collect, analyse, disseminate, and use disaggregated data to conduct gender analysis on climate change, environmental and disaster and risk reduction

Provide capacity and technical support at regional and national levels to ensure that action plans on climate change and disaster risk reduction are gender-responsive and transformative;
Strengthen inter-governmental coordination mechanisms to foster joint strategies by gender machineries and environment ministries;
Invest in the protection of early childhood and take the appropriate practical measures, such as the building of community childcare, to free women and girls, most of whom are in the agricultural sector and highly exposed to the impacts of climate change.

Building on past experiences in undertaking pre-CSW consultations, the Africa Union Commission (AUC), Women, Gender and Youth Directorate in partnership with United Nations Entity for Gender Equality and the Empowerment (UN Women) and the Economic Commission for Africa (UNECA) convened the Africa Pre-CSW66 consultations that included sessions with experts and interest groups, whose recommendations were presented and considered at a ministerial session. Africa Ministerial consultations were held on 28th of Feb Rioruary 2022.

While addressing the Ministerial meeting, H.E. President Sahle-Work Zewde, the President of the Federal Democratic Republic of Ethiopia, underscored the importance of the theme on gender inclusion in addressing climate change crisis, a phenomenon that continues to affect the lives of millions of African women who not only bear climate change and natural disaster effects but should also be consulted to add their voice in seeking solutions to the challenges.

“I want us to appreciate that the women who face these problems also have the solutions – this is therefore to invite our respective countries to have consultations with the concerned parties. This is their reality and they are surviving these effects every day, therefore their inputs are incredibly valid. I invite you to have consultations with them too so we can add depth to our deliberations.” President Sahle-Work Zewde noted.

This is full statement of President Zewde
Africa contributes the least to global warming, however, it remains the continent most vulnerable to the grave consequences of climate change. H.E Dr. Mèdessè Véronique Tognifodé Mewanou, Minister of Social Affairs and Microfinance, Benin and Chairperson of the Specialised Technical Committee On Gender Equality And Women’s Empowerment recounted statistical evidence that shows that Africa as a whole produces about 920,000 tons of CO2 each year, less than 4% of the world’s output, yet the 10 countries most vulnerable to climate change in the world are all in sub-Saharan Africa, and African countries account for 70% of the 50 most vulnerable countries. She underscored the need for, national laws, policies, and strategic frameworks for climate, environment, and disaster risk reduction to systematically recognize and integrate the needs of women and girls and upscale gender-responsive implementation and financing, and address institutional barriers that prevent cross-sectoral integration between gender equality, disaster risk reduction, climate action. Read her full statement here.

In addition to the impact of the COVID-19 pandemic and political instability, achieving gender equality and the empowerment of women is challenged by the ever-increasing climate change and environmental crises. Recurrent natural disasters continue to threaten the full realization of human rights, especially the rights to life and dignity, development, a life free from violence and discrimination, an adequate standard of living and others. H.E. Ergogie Tesfaye, Ethiopia’s Minister of the Ministry of Women and Social Affairs made assurance of the country’s commitment to address the challenges. “Ethiopia continues to strengthen gender equality and social inclusion in the national development plans to support communities, particularly women and girls in building resilience to a wide range of shocks and crises, including conflict, climate change, disasters, and epidemics. Our 10 years’ development plan has gender and social inclusion as one of the key strategic pillars”, she stated. Read her full statement here.

Poverty, inequality and climate change are intrinsically linked. Gender disparities in ownership and access to resources such as land, credit and technology, coupled with sociocultural barriers, impoverish women and increase their exposure to climatic risk. H.E. Dr. Monique Nsanzabaganwa, Deputy Chairperson of the African Union Commission, acknowledged that women’s livelihoods tend to be climate-sensitive, and endangers women more than men. She called on stakeholders and policy makers need to take urgent action and direct their resources to removing barriers faced by women in accessing social and economic capital, productive resources, information, skills and technology, all of which are vital in shaping and determining their ability to respond to climate change. She added, “Gender equality is a fundamental human right – it is also smart economics. An increasing body of evidence shows that gender equality and women’s empowerment would yield greater returns to economic growth, and, more broadly, to sustainable development. Thus, it follows that incorporating gender awareness and gender criteria into climate financing mechanisms and strategies would likewise constitute ‘smart climate finance.” Read her full statement here.

In his remarks, addressing the pre-CSW Expert Consultations participants, Dr. Maxime Houinato, UN Women Regional Director for East and Southern Africa urged participants to centre the urgency, voices and leadership of African women in their discussions, and to be guided by women and girls’ experience in biodiversity conservation, sustainable food and agricultural systems as farmers, producers and knowledge holders. He stated: “UN Women will continue to advocate for gender equality and the inclusion of women and girls’ voices in policy dialogue spaces and programming on climate change mitigation and adaptation as well as disaster risk reduction efforts. We will broaden our support through initiatives on women’s economic empowerment which focus on Climate Smart Agriculture throughout Africa”.

Study shows that more than 70% of girls’ experience high levels of gender inequality predominantly in developing countries. However, it finds that if society can follow a pathway of sustainable development in the coming decades, progress towards achieving gender equality could see this number drop below 25% by 2030.