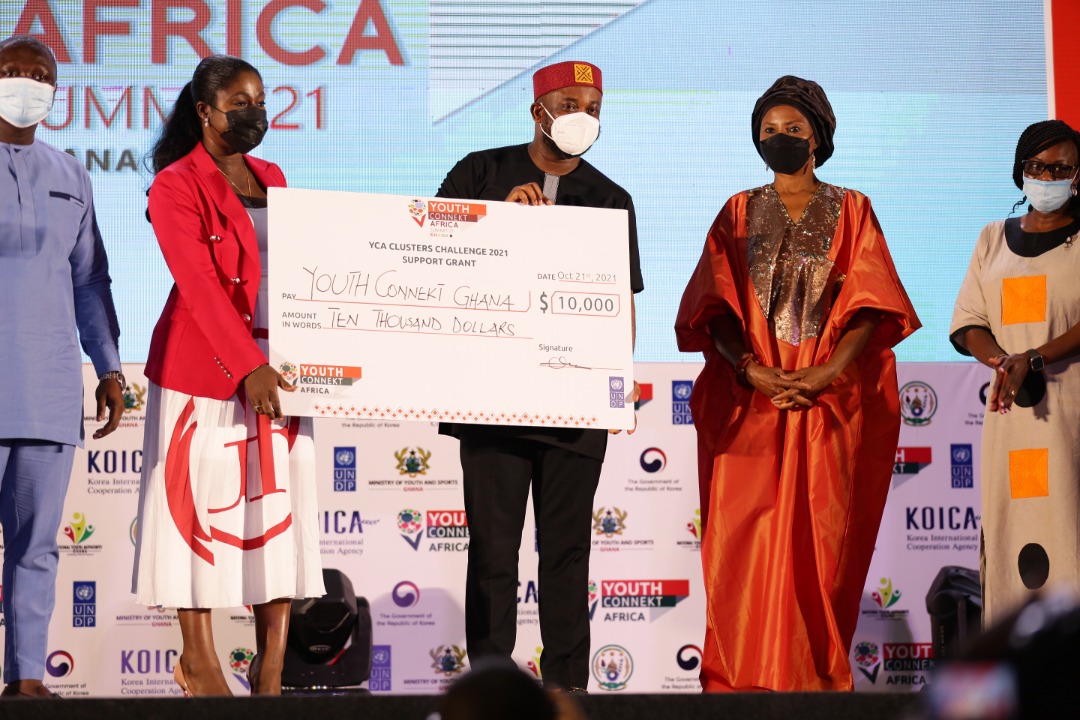 Speaking at the closing ceremony of the YouthConnectk Africa summit on the topic: Africa Beyond Aid – Maximizing opportunities in the AfCFTA, Miss Eziakonwa said Africa’s quest to rid itself of a dependence on aid requires a scale of action and transformation that must operate in environments that intentionally connive for the youth to succeed.

She noted ” The young people have spoken about the barriers they face, about the fences they must scale in complex and discriminatory regulatory practices in limited and unbearably costly finance, in infrastructure deficits that make engagement in entrepreneurship, in business and in production extremely difficult. They have spoken about where they see the solutions and given us all a sense of what must now become an urgent to do action list”,

According to her UNDP have made good note of the need to scale up their actions in working with governments to press ahead on the urgently needed enabling environments, adding, ” we also have a renewed sense of urgency to scale up our programmes to support the young people’s efforts for the Made in Africa Revolution.”

“The discussions have reminded us that it is possible to change the reality and destiny of this vibrant continent through engaging with each other in a new way that one is focused on to use of our God given talents, we can improve the quality of lives across Africa”, she added.

Miss Eziakonwa urged the youth of Africa to count on UNDP to drive the journey together in achieve success.

“We are with you in each of the countries you represent – and we invite you to hold us to account to accelerate the realization of an Africa Beyond Aid”, she said.
The Chief Executive of National Youth Authority (NYA), Pius Enam Hadzide praised the legacy of the summit which has sowed a seed to usher the African continent into the age of industrialization and to retire the continent from the pool of poor background and peripheral developing countries.

According to him, the summit has provided an opportunity for the NYA to reflect and re-engage with its mandate under the National Authority Act, 2016 (Act 939).

“The structure and content of the keynote address, high-level panel discussion, workshops and performers have allowed us a broader appreciation of what it means to develop the creative potential of Ghanaian youth”, he added.

He continued that the summit has again provided a template for Ghanaian youth to ensure effective participation in decision-making and develop the spirit of dynamism, discipline, civic responsibility and loyal to the collective vision of African Beyond Aid.

Also, the Minister of Your and Sports, Mustapha Ussif expressed his appreciation to UNDP, YouthConnectk Africa committee and other partners who worked intensely to make the summit a success in Ghana.

He called in the leaders across African continent to ensure that the under-representation of the youth in political processes is well addressed.

“We know that structural barriers and biases such as perceived in experiences, lack of supportive social networks or insufficient financial resources can be overcome”, he noted.

He again pleaded with African leaders to consider ways to strengthen the youth engagement in intergovernmental processes as part of a rejuvenated multilateralism.

” this will be cultivated to fostering legitimacy and restoring trust among the youth”, Mr. Ussif said.

The Youth and Sports Minister further continued that through the AfCFTA, African youth can be a powerful force to make their dreams come true that will give the leaders the necessary opportunities to plan, adding that, to lift the generation of young entrepreneurs and skilled workers, leaders must plan and strategically invest in policies and programmes including mentorship, business incubation and affordable financing.

A cash donation of $10,000 was made to the YouthConnectk Africa to support in the development and progress of the organization