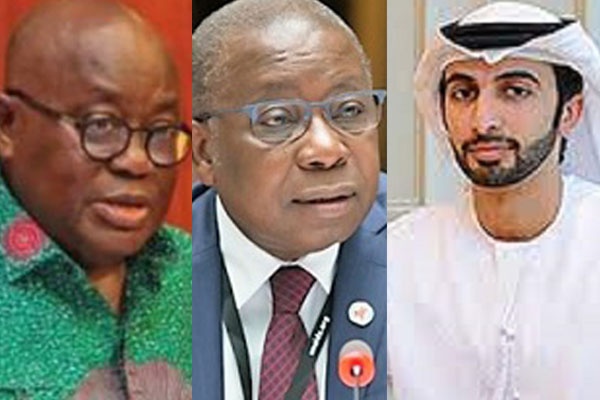 President Akufo-Addo has reduced intense pressure and calls on him to immediately sack Health Minister Kwaku Agyeman-Manu over perjury, breach of financial management Act and untruths he peddled over Sputnik V. Vaccine deal.

The Health Minister committed perjury upon appearance before the ad-hoc committee tasked by the Speaker to probe the Sputnik V. Vaccine procurement which revealed that Agyeman-Manu signed the deal without parliamentary approval, a total disregard for procurement laws and judicial precedents by the Supreme Court on international transactions.

But, speaking during his tour of the the Bono, the home region of the Health Minister, President reduced the issue to laughter, laughed in what appears to be a comic display over a rather serious matter and said Kwaku Agyeman-Manu has suffered at the Health Ministry.

Meanwhile, Finance Minister Ken ofori-Atta says it will be unfair to ask for the dismissal of Agyeman-Manu and insists he deserves the public sympathy.

Mr. Ofori-Atta jumped to the defense of Health Minister Kwaku Agyeman-Manu asking Ghanaians to temper justice with mercy because he has sacrificed enough in the era of infectious pandemic.

According to Ken Ofori-Atta, he is obliged to take urgent steps to retrieve every money wrongfully paid to Dubai Businessman Sheikh Ahmed Al-Marktoum by Agyeman-Manu and Ghana will get its money back.

Speaking in an interview monitored by African Editors on Wednesday 11 August 2021 in Accra, Finance Minister Ken Ofori-Atta said “Let’s have sympathy on Agyeman-Manu. It will be my responsibility to retrieve the money”.

In this article:Agyeman-Manu,Akufo-Addo,laughs over calls to sack