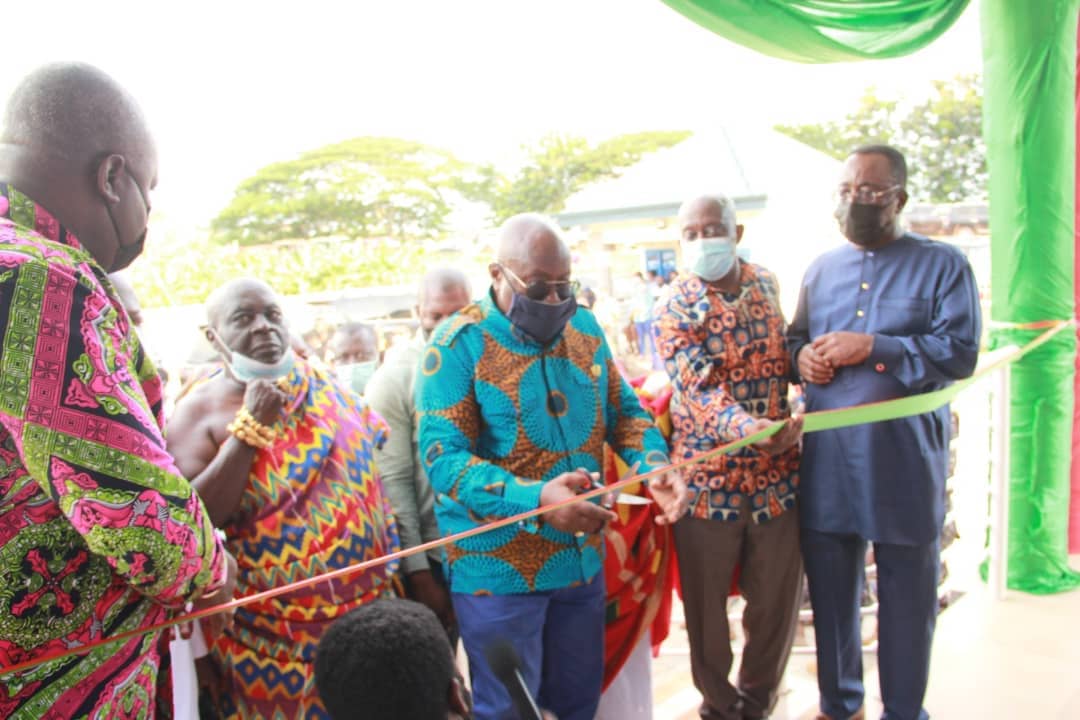 In a space of one month, President Nana Addo Dankwa Akufo-Addo has inaugurated two newly constructed District Offices of the National Health Insurance Scheme (NHIS) to boost its operations.

These are the Amansie East in the Ashanti and Bibiani-Anhwiaso-Bekwai in the Western North Regions.

The Omanhene of Bekwai Traditional Area, Nana Osei Kwadwo, First Deputy Speaker of Parliament, Hon. Joseph Osei-Owusu who doubles as the Member of Parliament for Bekwai, NHIA’s Board Chairman, Dr. Ernest K.P. Kwarko and the Deputy Chief Executive in charge of Operations, Mrs. Vivian Addo-Cobbiah joined the President at the inauguration of the Amansie East NHIS District Office.

The President  during his walk through in the various offices commended the staff and urged them to continue working hard.

Later at a forum with the staff, the Board Chair, Dr. Ernest K.P. Kwarko thanked the Scheme’s management and staff for their hard work. He urged them to protect the building to ensure its longevity.

For her part, Mrs. Vivian Addo-Cobbiah implored the staff to leverage on the conducive working environment and improve their output.

She emphasized the need for the district offices staff to work towards attaining 80 percent coverage of the Scheme’s active membership.

The NHIA believes that the construction of new Regional and District offices will save cost overtime as it eliminates the rental of properties for the Scheme’s operations.