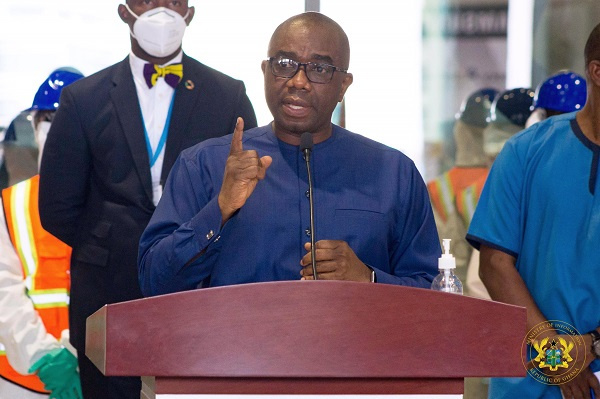 Managing Director for Ghana Airport Company Limited, Yaw Kwakwa, has been shown the exit from his post by President Akufo-Addo.

A letter from the Minister of Transport, Kwaku Ofori Asiamah indicated that the President has directed that the MD’s appointment is terminated since 31st January 2022.

In recent times, there has been a standoff between the Ghana Airport Company and the private businessman McDan Aviation.

The Ghana Airports Company had called for safety precautions to be followed before the launch of the McDan Aviation but this was ignored and the launch was successfully held.

Meanwhile, the CEO and Chairman of McDan Group, Dr. Daniel McKorley said it has had all the support from the Ghana Airport Company before the launch at Terminal 1.

Later, McDan wrote back to the Ghana Airport Company that it was suspending the operations of its Private Jet Service in order to have a thorough engagement with the GACL.

“We are writing to officially inform you about our decision to suspend our operations at the Fixed Base Operator Terminal with immediate effect.

“This has become necessary to pave the way for us to thoroughly engage your outfit and all the key stakeholders on the way forward,” Dr. Mckorley reiterated in the letter addressed to the Managing Director of GACL.

However, while Ghana Airport Managing Director Yaw Kwakwa was conducting Members of Parliament (MPs) around the McDan facility in the company of Deputy Transport Minister, Hassan Tampuli, the MD’s sacked letter was behind him.