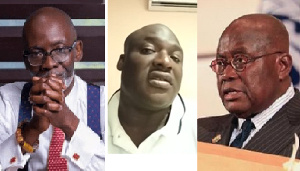 Angel Ofori-Addo in the latest video accused the government plus Gabby of neglecting some of the regional party executives, grassroots, footsoldiers whilst others at the national level continue to benefit from the largesse at the expense party members who toiled to stamp the NPP’s electoral fortunes and victory in both crucial 2016 and 2020 polls.