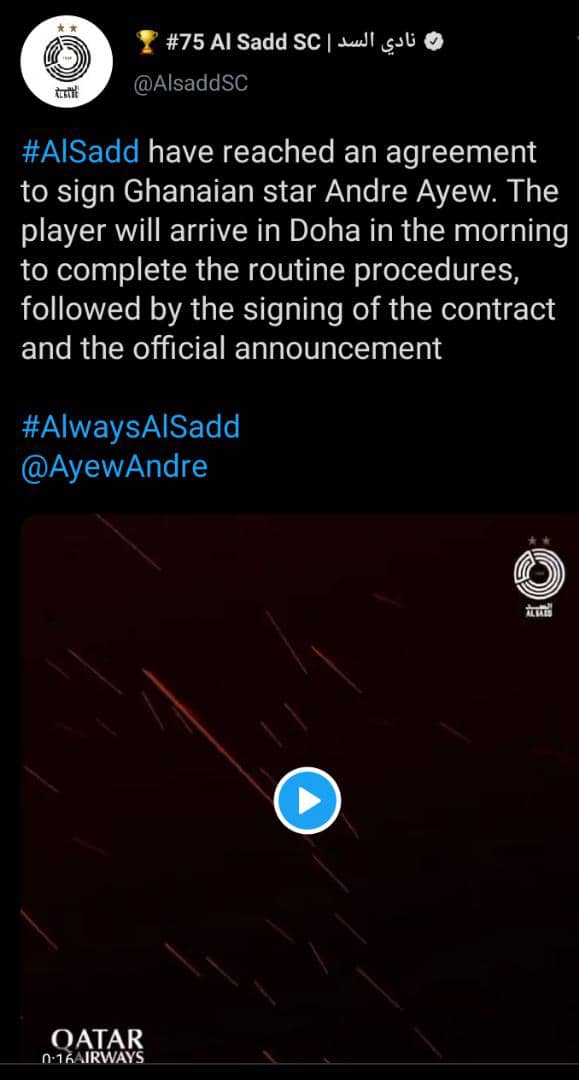 Ghana Black Star Captain, Andrew Dede Ayew is set to land in Quatar on Thursday to complete a $ 220,000-month move to Quatari giant Al Sadd, after the club announced on their Twitter handle that they have captured the former Swansea talisman into their fold.

Ayew, has been without a club after he was released by English Championship side, Swansea city who failed to qualify for the premiership.

Ayew who was earning £80,000 a week at Swansea City was way too heavy for a championship club, hence his release.

Ayew has been tactical and phenomenal for Swansea City throughout his stay, scoring crucial goals that helped the team to qualify for the playoff against Brentford last season. He was the top scorer of Swansea City in the last two seasons.

Al sadd, made the announcement on their Twitter handle Thursday morning. #AlSadd have reached an agreement to sign Ghanaian Star Andre Ayew.

The player will arrive in Doha in the morning to complete the routine procedures, followed by the signing of the contract and the official announcement
#AlwaysAlSadd
@AyewAndre

Ayew will earn 220,000 every month after putting pen to paper on Thursday, and will also work with former Barcelona midfield maestro, Xavi as his coach.