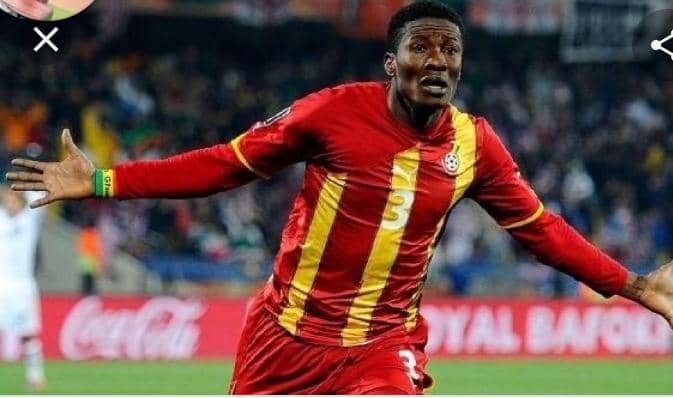 Owner and Bankroller of Ghana Premier League Club, Alhaji Grusah has taken a swipe at Ex-Black Star Captain Asamoah Gyan over his comment that the penalty against South Africa was soft.

South Africa reported Ghana to FIFA after the last group match where Ghana pipped them a goal to nil through Andre’s penalty to qualify for the next face of the qualifiers.

They made an allegation of match-fixing and manipulation against the GFA and the referee.

There were different opinions as to whether the penalty that won Ghana the match was a genuine one.

Gyan who commented on the penalty claimed it was too soft.

On the other hand, he has incurred the wrath of Ghanaians, including an astute football, administer Alhaji Grusah who thinks Gyan is speaking out of jealousy.

He spoke to Saddick Adams on Angel Floodlight sports, “Asamoah Gyan is speaking out of jealousy, he couldn’t even play for Legon Cities how much more Black Stars. He/said the penalty is soft, do we have anything like a soft penalty. He is a disgrace to Ghana football”

Meanwhile, there has been several reports from the local media that, FIFA has thrown out the South African case.