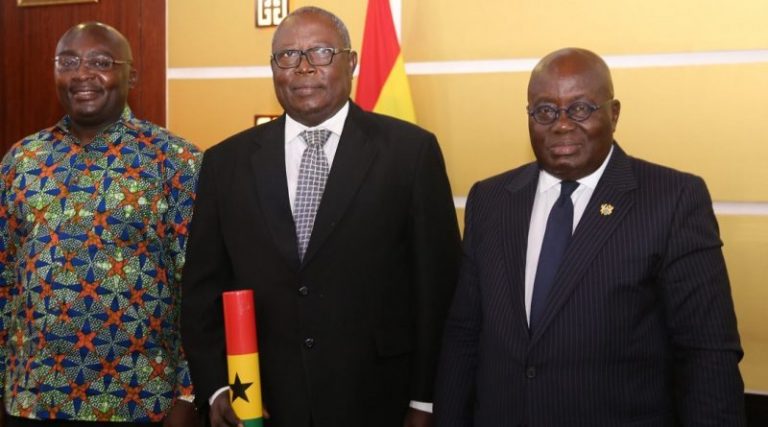 President Akufo-Addo has revealed that he does not regret the appointment of Martin Alamisi Amidu as Ghana’s first Special Prosecutor although his regime was characterised by unfortunate events.

Martin Amidu threw in the towel in the run-up to crucial 2020 polls due to alleged political interference by President Akufo-Addo and government’s machinery after risk assessment of controversial Agyapa Deal during which he cited the tendency of corruption in the agreement.

Martin Amidu is noted for anti-graft credentials after he single-handedly won a motion he filed at the Supreme Court, compelling Businessman Alfred Agbesi Woyome to cough 51 million Cedis to the state, earning him Citizen Vigilante accolade, but fizzled out because he had little or no achievement to show for his regime, except for allegations of political interference from his former Boss President Akufo-Addo.

Speaking at the swearing-in ceremony of Special Prosecutor Kissi Agyebeng at Jubilee House in Accra on Thursday 5 August 2021, the Ghanaian Leader said “In spite of the unfortunate event that led to the resignation of the first occupant of that office, I don’t regret making that appointment”.