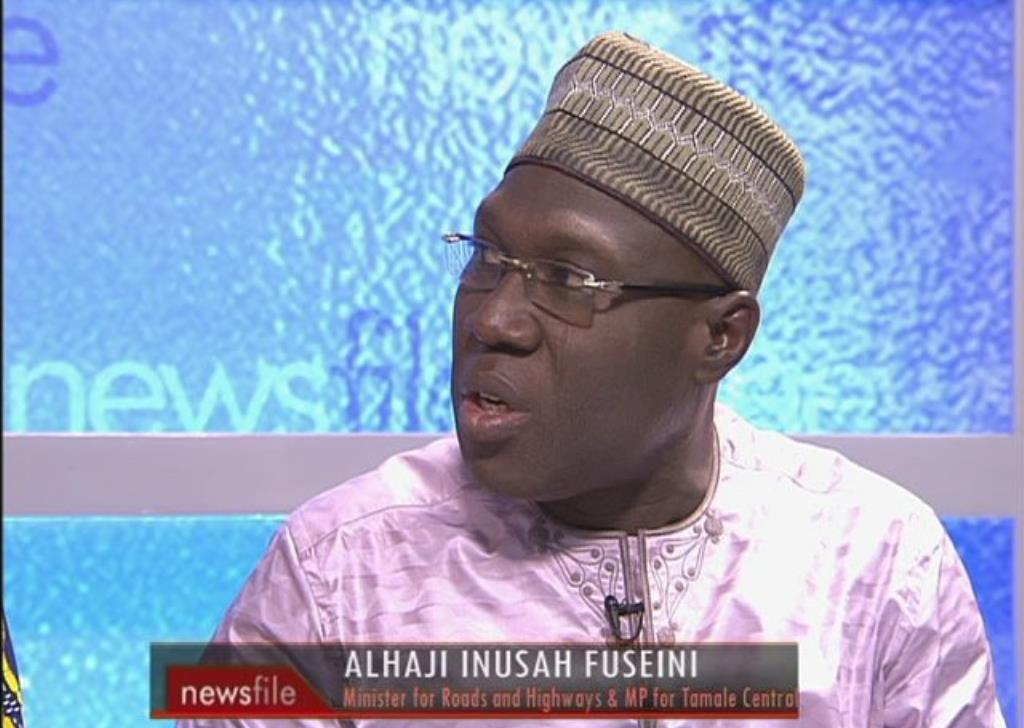 Former Roads and Highways Minister, also former Lands and Natural Resources Minister Inusah Fuseini is making a strong case that Kwasi Amoako Atta has no authority to suspend collection of roads tolls, insisting that phenomenon if allowed, will be a bad precedent that fuels an illegality where a sector minister unilaterally amend a law from his office without resorting to parliament.

According to him, the appropriate thing to do is for the Roads and Highways Minister to wait for the approval of the 2022 budget before issuing administrative fiat to usher-in the implementation.

Reacting to the development, the Former Tamale Central MP, Ranking Member of Constitutional, Legal and Parliamentary Affairs Committee of Parliament
Inusah Fuseini insists the “Minister of Roads and Highways, Kwasi Amoako-Atta overstepped his boundaries by giving an order on the cessation of road tolls collection without seeking the green light from Parliament”.

Lawyer Fuseini argued that the Minister was wrong, given that he sought to amend an existing law without consulting Parliament.

“A declaration of an intention to scrap road tolls does not mature into an amendment of the Road Tolls Act, neither does it operate to amend the Fees and Charges Act that has been passed by the Parliament of Ghana. They are part of the existing laws of this country.

“So it came to me as a surprise and shock that the Minister [of Roads] will commit this blunder. The Minister has no power to arrogate to himself the right or authority to amend the law without going to Parliament,” Fuseini noted.

Meanwhile, Former Works and Housing Minister Samuel Atta-Akyea says although the Minister erred, he cannot be cited for contempt of Parliament. According to him the suspension of roads tolls
remains administrative error that can be corrected.

The Abuakwa South MP noted that “There was no resolution before the Speaker issued the the directive. I agree the Roads Minister erred but it is administrative error”.

But, Former Deputy Education Minister and Ranking Member on the Foreign Affairs Committee of Parliament Samuel Okudzeto Ablakwa says the minority will file a motion to trigger the contempt of parliament charges against Amoako Atta.

“I’ve been an MP under Speakers- Doe Adjaho, Prof. Aaron Mike Ocquaye before the current Bagbin, but I have never seen this deliberate attempt by the Majority to disrespect speaker and his orders simply because he belongs opposition party”.

Member of Parliament for Cape Coast South, Kwaku Ricket Hagan has expressed shock over attempt by the Roads and Highways Ministry Kwasi Amoako Atta to justify suspension of collection of road tolls.

According to him, the “excuses do not add up” and that the Minister must accept he erred and eat a humble pie”.

This follows an order by Speaker of Parliament, Alban S.K Bagbin on Thursday that until the budget statement is approved by Parliament, the Minister Kwasi Amoako Ata has no power to implement any of the policies.

The Speaker’s directive was to take immediate effect warning failure to comply will amount to contempt of Parliament. But the Ministry has sought to justify it’s move in the latest release. A situation Mr Ricket Hagan will worsen the matter under consideration.