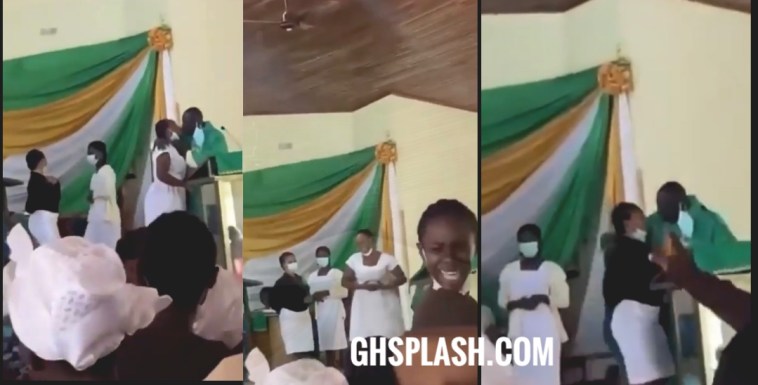 Anglican Church of Ghana says it has commenced investigations into the conducts of the Rev. Father who kissed three female students at St. Monica’s College of Education in Asante Mampong.

This strange event took place at Asante Mampong during a ceremony held at the school’s Assembly Hall to bid farewell to the final year students.

A statement signed and issued by Anglican Church of Ghana on Tuesday 18 August 2021, said “We’ll investigate the issue and apply the necessary sanctions to the Rev. Father. The church is against his conducts”.

African Editors is learning that the Rev. Father is also a Lawyer by profession and an Anglican Priest in good standing at both the bar and his church who represents the college in court when legal matters arise.

Apart from that, some of the three students who were kissed by the Anglican Church’s Rev. Father are wives with husbands.

In a video recorded from the ceremony saw the Reverend Father kissing three of the final year students amid cheers with his happiness on higher notes.

The third student to be kissed was unwilling to corporate but the Reverend Father encouraged her to remove her face mask after which he proceed to kiss the female student.