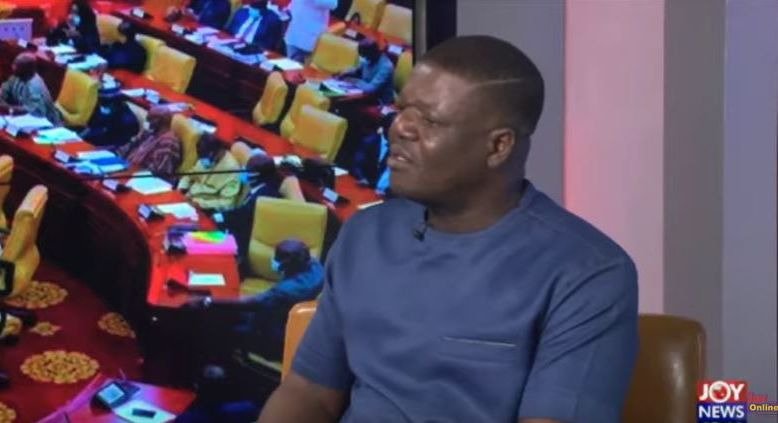 Member of Constitutional, Legal and Parliamentary Affairs Committee of Ghana’s Parliament Rockson-Nelson Dafeamekpor has expressed shock at the inconsistent positions being held by Majority Leader of Ghana’s Parliament Osei Kyei-Mensah Bonsu on the Proper Human Sexual Rights and Ghanaian Family Values Bill, 2021 currently before the committee.

The Parliamentary Affairs Minister Kyei-Mensah-Bonsu and Suame Lawmaker at a press conference disclosed that the NPP Caucus of Parliament is in support of the anti-LGBTQ+ Bill. He told Journalists at the press conference that “Whether travel ban or not, the Ghanaian interest remains paramout whilst

Apart from that, Kyei-Mensah Bonsu is currently recommending that the sponsors of the bill led by Sam George should seek the help of the Attorney General to take up the bill because it will be an empty exercise in Parliament, arguing that the bill will impose costs on consolidated fund and can’t be introduced as a Private Member Bill. For Kyei-Mensah, the introduction the bill breaches the constitution and will be ‘ an exercise in futility’.

Someone blows hot and cold when he keeps changing his attitude towards something, sometimes being very enthusiastic and at other times expressing no interest at all.

In sharp rebuttal to his majority counterpart and the ’18 Apostles” led by Lawyer Akoto Ampaw, the South Dayi Member of Parliament, Lawyer Dafeamekpor insists the hot and cold affairs being blown at ease by the Suame MP on the anti-LGBTQ+ bill is late in the day because the proposed law has already been admitted and reffered to the Constitutional, Legal and Parliamentary Affairs Committee waiting for report for debate and passage “.

Lawyer Dafeamekpor noted that “We are not criminalising it for anyone to assault any known gay in Ghana”.

Rockson-Nelson Dafeamekpor has debunked claims that the Promotion of Proper Human Sexual Rights and Ghanaian Family Values Bill, 2021, if passed into law will encourage assaults on gays by society.

As per Lawyer Dafeamekpor, such arguments by certain people restricting the Anti-LGBTQ Bill is defective, dead on arrival, perverse, awkward, hold no water and baseless because the bill being referred to has made arrangement for Homosexuals to be protected by the security should they be hurt.

Dafeamekpor added that whenever passed into law, dangers and any type of assault against LGBTQ people in the nation will be condemned.

“In the event that you read provision 22 of the bill, we are not really making it a wrongdoing for anyone to assault so to speak, any known gay individual who might have been found. The bill is saying when an individual is distinguished to be a gay or lesbian and is assaulted, the individual (assailant) carries out a wrongdoing,” he said.

Per the Promotion of Proper Human Sexual Rights and Ghanaian Family Values Bill ” an individual blamed for an offense or experiencing any sex or sexual character challenge under the Bill ought not be manhandled, attacked or irritated whether obnoxiously or true.

For Mr Dafeamekpor, such relieving parts of the bill that look to annihilate a designated attack, have been ignored by the opposition who have zeroed in on restricting the bill to a homophobic kind.

Talking in a interview observed by African Editors, Law Akoto Ampaw, who is leading the an alliance of lawyers, academics and different professionals that presented a notice to the House restricting the current bill before it said: “the arrangements which talk about giving insurance, etc are double-dealing. Indeed, even our police, they won’t be keen on that part of the law. In the event that the law says gay people are to be managed like the bill proposes and individuals beat them, I tell you, If you proceed to answer to the police that you are a gay and you have been beaten, they will simply check out you and say ‘disappear’. That segment of the entire bill is unimportant.”

Parliament is right now on break and will resume next week from now. Constitutional, Legal and Parliamentary Affairs Committee of Parliament is expected to report on the Proper Human Sexual Rights and Ghanaian Family Values Bill, 2021 to the floor of Parliament for debate to usher-in further processes before passage.

Meanwhile, Sam George has asked Osei Kyei-Mensah Bonsu to know familiar himself with the facts that he has no power to admit bills, interpret standing orders, and/ or presided over parliament which are exclusive jurisdictions of the speaker.

For, Sam George, ” Attorney General’s position on the bill is clear and there is no need to reinvent the wheel. Kyei-Mensah who admitted that he has not read the bill but hurriedly granting interviews on same, must cross-check facts from the Attorney in order to be on top of issues”.