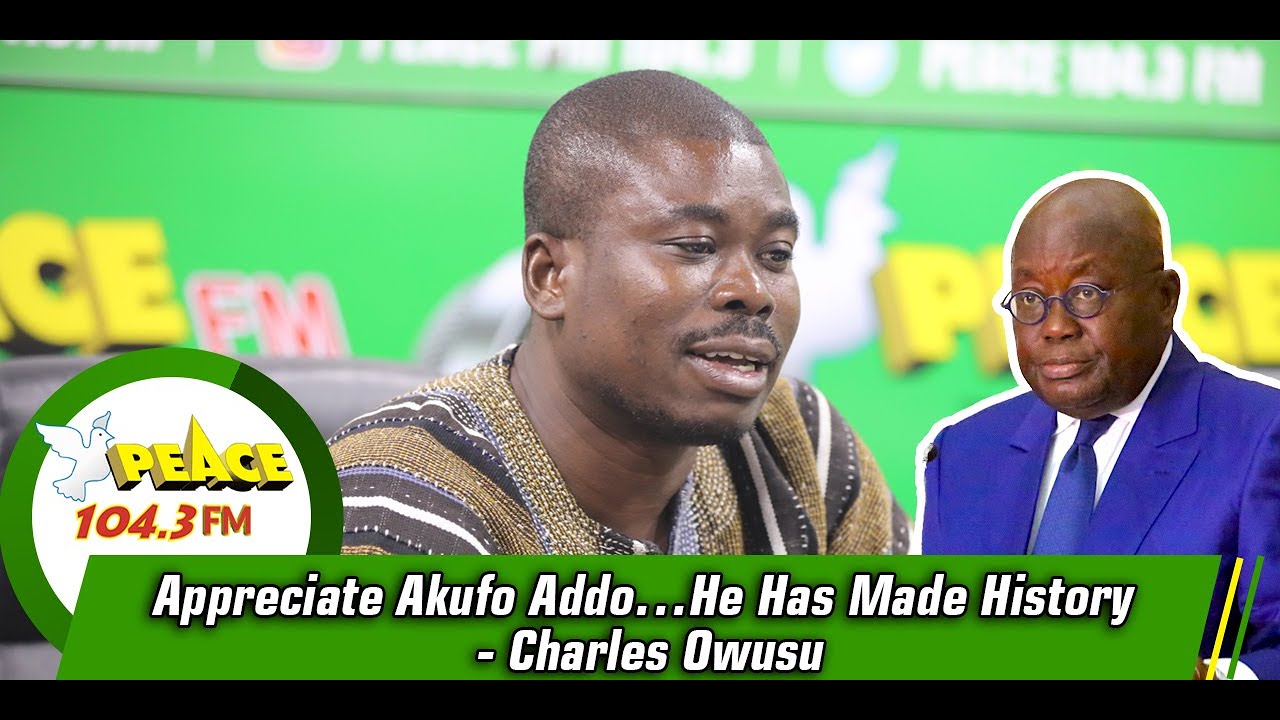 Anti-Gay Bill: ‘No middle ground, you’re either for it or not’- NPP man tackles Akufo-Addo

Head of Monitoring Unit of the Forestry Commission Charles Owusu has angrily expressed total dismay in President Addo for not pronouncing his position on the the Promotion of Proper Human Sexual Rights and Ghanaian Family Values Bill, 2021 referred to as LGBTQ+ Bill.

President Nana Akufo-Addo, when answering questions on Peace FM’s ‘Kokrokoo’ on Thursday, October 21, failed to state his position on the bill, asking MPs to tolerate dissenting views on the bill.

President Akufo-Addo noted that “It’s in Parliament. It’s a Private Members Bill. We have been battling for [many, many] quite a while the chance for private individuals to likewise support bills of Parliament . . .The Parliament is checking it out”.

“No! I can’t feel compelled. We’re discussing general assessment. We’re discussing real cycles that are being utilized. What I would expect is that the actual discussion will be considerate and that we will perceive the requirement for us to be lenient toward one another, in any event, when there are restricting perspectives,” he told have Kwami Sefa Kayi.

However, the former Aide to the late Sir John totally disagreed with President Akufo-Addo’s remarks on the anti-LGBTQ+ Bill.

According to the veciferous NPP Communicator, President Akufo-Addo cannot remain neutral on the anti-LGBTQ+ Bill, adding that the president is either for it or not, either uphold it or not, either accept it or reject it, there is no middle ground in the homosexuality debate pertaining to the bill currently before parliament.

Responding on Kokrokoo on Friday, he engaged the President to make his position clear to Ghanaians saying ”it’s possible you are possibly in support. There is no middle ground on this LGBTQ+ issue. All Ghanaians realize the bill is as of now in Parliament. We know it. We as a whole realize it’s a private individuals bill. Regardless of whether common or whatever way, with all due regard, Your Excellency; Ghanaians who decided in favour of you to become President say they don’t care for this thing”.

He advised the President make categorical statement on the LGBTQ+. LGBTQ+
”won’t ever occur in Ghana for us to acknowledge same sex marriage. Mark my words!”

”Any administration that will dare Ghanaians and attempt this thing is will be kicked out in 2024 polls”, he cautioned.

In this article:Anti-Gay Bill: 'No middle ground,NPP man tackles Akufo-Addo,you're either for it or not'-