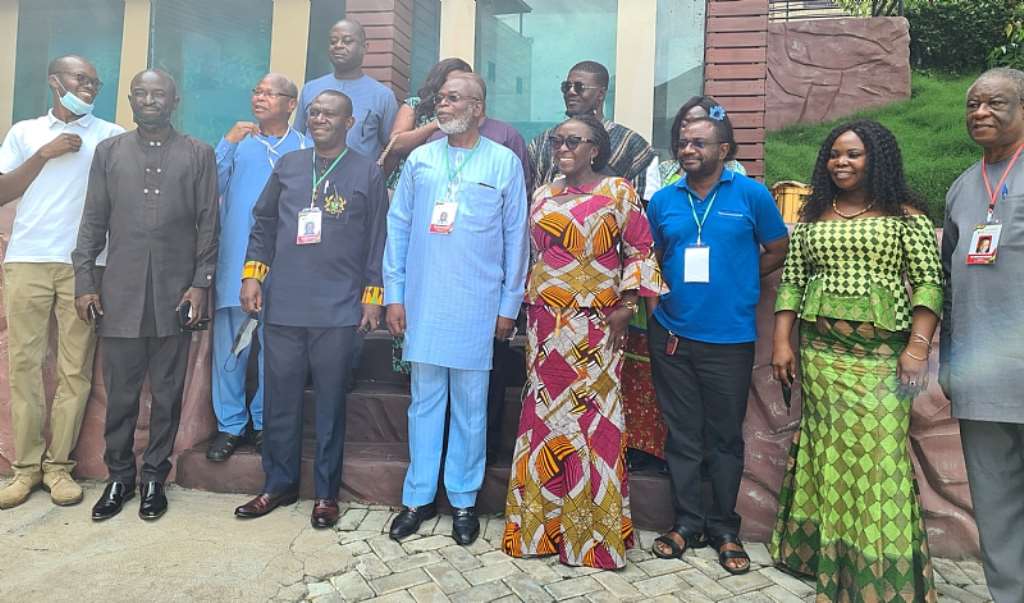 Volta Regional Members of Parliament are mounting intense pressure on President Akufo-Addo to retract and render apology to Paramount Chief of Aflao Traditional Area Torgbui Amenya Fiti V for his derogatory remarks he made about the traditional ruler over abandoned E-block project in Aflao started by erstwhile Mahama Administration.

The derogatory remarks received a backlash from many and caught the anger of Volta Caucus lawmakers who are demanding immediate retraction and render of apology from the President Akufo-Addo.

In a sharp rebuttal, MP for Ketu South Abla Dzifa Gomashie who spoke on behalf of the Volta Caucus of Parliament said “You are not that disrespectful to chiefs, retract and apologise to Torgbui Fiti or we will stage a walk out if you come to parliament”.

In this article:- Volta MPs to Akufo-Addo,Apologise to Torgbui Fiti,or we boycott your next SONA