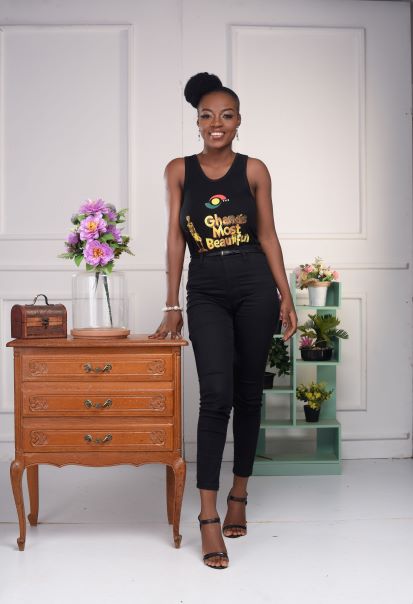 A statement signed and issued by Mary Korsah for and on behalf of the ‘Arama for GMB 2021’ Support Team
upon the eviction of ARAMA said “We feel that organisers of the programme and TV3 should be truthful and tell us what the real motive of that pageant is. We respected the programme because we believed it is a platform for the promotion of our culture. Unfortunately, the bias, discrimination, arrogance, and disrespect, now associated with the programme makes us think it is actually a scam”.

According to them “Something must really be done by TV3 to ensure that meritocracy, transparency, and truthfulness serve as the anchor of the GMB programme, otherwise its credibility and attractiveness will soon fade out completely”.

THE UNFAIR TREATMENT AND EVICTION OF ARAMA, THE SAVANNAH REGION REPRESENTATIVE AT THE 2021 GHANA MOST BEAUTIFUL (GMB) CONTEST

This is to register our displeasure and disappointment about the manner Arama, the Savannah Region Representative of the 2021 edition of TV3’s GMB pageant was evicted on September 5, 2021.

In our view, the eviction was unjustified and unmeritorious. The circumstances leading to the eviction of Arama from the competition were very strange, suspicious and leaves much to be desired.The Arama for GMB 2021 support team followed and monitored keenly every aspect of the competition from the beginning to the day she was evicted and the following observations were made.

In terms of votes, Arama was most of the time among the first five (5) contestants for the first five weeks. Every performance by her received very good comments especially from Fritz Baffour, but all the other judges consistently scored her low as we read from the judges’ score column. We observed that Janet in particular always made demoralizing remarks to her until she was finally evicted.The Damba beat played when the contestant performed the enskinment of a Paramount Chief in Gonja was completely strange to the people and culture she represented even though she presented the original version of the drumming style and beat.

On August 29th, 2021 at about 13:43 pm, about 5,000 votes sent by the contestant’s supporters did not reflect on the leaderboard for a long time. It took the vigilance of the ‘Arama for GMB’ support team to detect this. When the issue was reported to the TV3 GMB team, particularly to one Rex (not his full name), it took them a long time to release the votes in favour of the contestant at about 19:51 pm. Again on September 5, 2021, the day Arama was evicted, about GH¢ 2,000.00 worth of votes in her favour did not reflect on the leaderboard. This was again detected and a call was made to Rex at the IT unit of the GMB but he refused to pick up the call. We then drew the attention of some other GMB team members but they indicated that the app was down. We were not convinced by that response because we realized that the votes of other contestants continued to increase within the same period, we were told the app was down. All attempts to get the votes credited to the contestant proved futile, but the most surprising thing was yet to happen.

The most disgusting experience was when the GMB IT unit reversed GH¢600.00 worth of votes out of the last GHC 2,000 worth of votes onto the phone which was used to do the bulk voting on that day and the evidence is available. The interesting thing is that, this reversal of the votes was done just before the eviction time but the money was paid into the account the next day. Up till today no explanation has been provided for that action. Was this not deliberate and calculated?

From the above stated observations and experiences, one would have no choice but to believe that the removal of Arama from the competition was not a natural consequence, but a well calculated and ochestrated one, perhaps to downplay the importance of the culture she was showcasing. We are told that the votes a contestant receives was very important to keep the contestant in the competition, and so supporters were encouraged to get the votes coming. This was the implicit agreement the organizers had with all supporters of the pageant.

Arama had great support, which is why she was mostly among the first 5 at the beginning of the competition in terms of votes. It appears the huge number of votes she was receiving posed a threat to the execution of an agenda to remove her early from the competition. To deal with that threat, the strategy adopted by the TV3 GMB team was to score her low through the judges, but watching from afar, we realized that the contestant did not perform that poorly to deserve the kind of low score by majority of the judges. Indeed, she was impressive in her performance. We observed that this low score by those judges was very consistent throughout the period Arama was in the competition and this could not have been natural.

It is important to state that Damba is a festival celebrated by many of the ethnic groups in Northern Ghana including the Gonjas of the Savannah Region, the Dagombas of the Northern Region, the Mamprusis of the North-East Region, and the Walas of the Upper West Region among others. Each group has its peculiar drumming style or beat as well as dancing style and they are all beautiful, no doubt. However, one expected that as a representative of the Savannah Region doing a performance which required the Damba beat, that of the Gonjas would have been played. Unfortunately, and to our disappointment, a beat totally strange to the people was played. Does it mean that a contestant has no right to showcase what she knows to be the original of her culture or it was a deliberate imposition on the contestant? What was the motive behind such an imposition on her when she presented the version peculiar to her people?

It was abundantly clear on August 29th, 2021, that there was some machination and a grand scheme to evict the contestant that day. We were constantly encouraged to vote so as to keep our favorite contestant in the competition. It was therefore mind boggling that people would spend their hard-earned money to vote for their favorite contestant only to realise that 5000 of their votes did not count on that day. What happened that day leaves many of us to believe that the voting is really not relevant in the GMB pageant and that TV3 and the GMB organisers only use it as a means to make money. But for the determination of the Arama support team to get those votes count, she would have been evicted that night. Must it get that far in such a contest?

What happened on September 5, 2021, the day Arama was evicted, confirmed all our suspicions and doubts about the sincerity and fairness in the competion. It was unbelievable that a contest in which 60% (as we are told) of a contestant’s score comes from the votes of her supporters, the organisers would reject and return votes worth GH¢600.00 to the voters.
What could be the reason for this apart from malice and disrespect for the contestant and the voters.

We feel that we are greatly insulted by TV3 and the organisers of the GMB pageant by their conduct on that day. We believe that the organisers knew that the rejection of the votes that day was cruel, illegitimate, and a breach of the agreement with the voters. Why they did it is just simple, to prosecute the long-conceived agenda to eliminate Arama at all cost. It must be made clear that this incident has demoralized a lot of people especially the youth in the Savannah Region and the GMB programme by TV3 is fast losing its credibility.

We feel that organisers of the programme and TV3 should be truthful and tell us what the real motive of that pageant is. We respected the programme because we believed it is a platform for the promotion of our culture. Unfortunately, the bias, discrimination, arrogance, and disrespect, now associated with the programme makes us think it is actually a scam.

Something must really be done by TV3 to ensure that meritocracy, transparency, and truthfulness serve as the anchor of the GMB programme, otherwise its credibility and attractiveness will soon fade out completely.

Signed; MARY KORSAH(for and on behalf of the ‘Arama for GMB 2021’ support team)

In this article:Arama for GMB 2021’,Savannah Regional rep's eviction,Support Team angry over