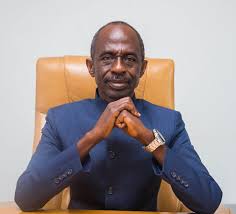 African Editors’ sources have confirmed that the longest-serving General Secretary of National Democratic Congress, NDC John Asiedu Nketiah will be vying for the party’s next Chairmanship in the race to unsher-in preparations for crucial 2024 polls.

The rests are Fiifi Fiavi Kwetey and Elvis Afriyie Ankrah who are lacing their boots to contest for General Secretary of the party.

Apart from being the longest serving General Secretary, Asiedu Nketiah is a former MP, Deputy Agric Minister during Jerry John Rawlings regime and currently serves on the Parliamentary Service Board.

Fiifi Kwetey served as a Propaganda Secretary for the party, Member of Parliament for Ketu South, Deputy Finance Minister, Transport Minister, Food and Agric Minister, Minister of State at the Presidency in charge of Financial and Allied Institutions under Mills-Mahama Administration.

Elvis Afriyie Ankrah served as Sports Minister and Presidential Staffer also under Mills-Mahama regime. Until this decision to contest, he was the NDC’s Director of Elections.

African Editors will update our cherished readers on this developing story as it unfolds before our very eyes.