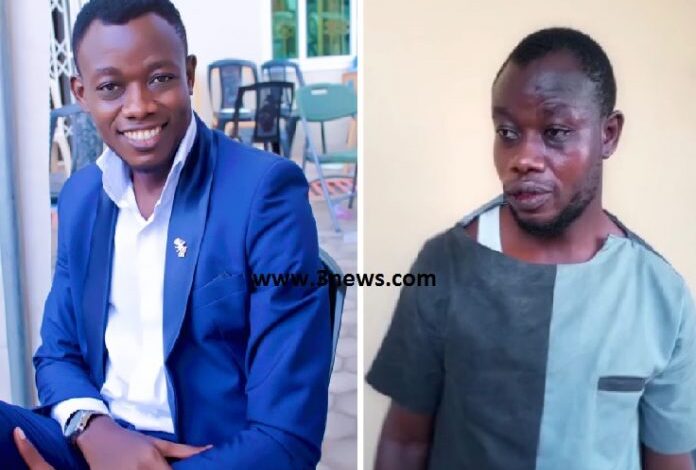 Assault of TV3/Connect FM’s Reporter: UPDN calls on IGP to speed up investigations

Our attention has been attracted to yet another nefarious, egregious, and unprofessional police official who assaulted Connect FM’s Morning Show Producer, on Thursday, February 3, 2022.

In a telephone discussion with United Press for Development Network (UPDN), the victim Eric Nana Gyetuah confirmed the incident and narrated his ordeal.

He stated that he was amazed to see handcuffed persons with security operatives brandishing firearms (pistols and AK47) at a prominent public eatery, God is Love Chop bar in Takoradi to have lunch.

He was ambushed and vehemently beaten (kicked, slapped, and boxed) by the five armed police officers in plain dress when he was spotted taking them a photograph at the car park.

Nana said, one of them noted his action and demanded his mobile phone which he declined, he then raised an alarm for the others to join in the assault.

After the uncontrollable bloody assault, the armless and helpless Journalist was handcuffed and thrown into the bucket of their pickup truck with registration number WR 3213-13 like a criminal and taken to the Western Regional Police Headquarters

At the regional police command, he was charged for disturbing the public peace and kept at counter back until the management of his radio station came to bail him (police inquiry bail).

He was given a medical form for medical examination.

He told UPDN, the Inspector General of Police Dr. George Akuffo-Dampare has personally called to assure him of full investigation and prosecution.

1. UPDN condemns the act and calls for a fast-track investigation and prosecution of culprits of unethical and shameful behavior.

These police officers have brought the services name into disruption. We believe this is not the kind of police Dr. Dampare wants to head as IGP

2. We applaud the IGP for taking a personal interest in the case.

3. It is time for the cancerous and epidemic rate of the brutality of Journalists to be treated as a threat to national security and our young democratic experiment.

4. UPDN as usual, will follow the case to its lawful conclusion.

Journalists are not criminals.