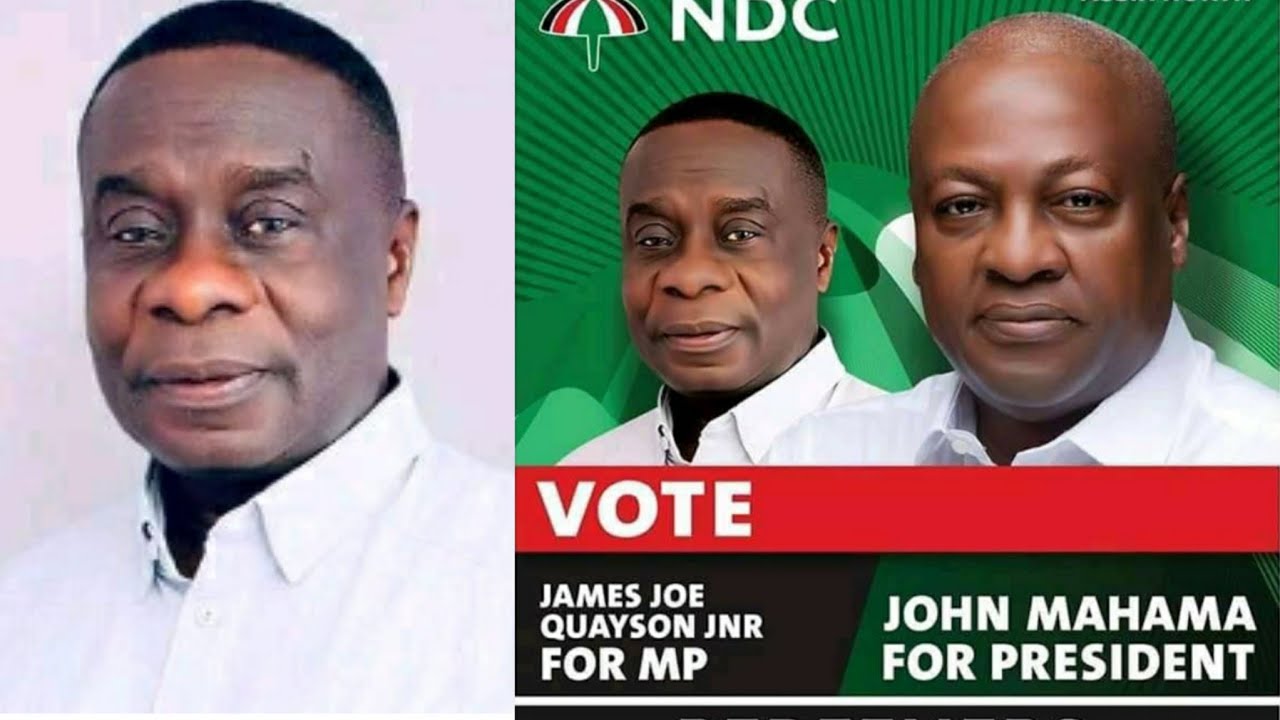 The legal battle at Assin North is far from over because the embattled Member of Parliament for the constituency James Gyakye Quayson has finally filed a fresh suit at the Court of Appeal in a bid to place an embargo on the verdict by the Cape Coast High Court that ousted him from parliament on dual citizenship grounds.

Mr. Quayson who was booted out of parliament because he had a Canadian citizenship at the time of filing nomination at the Electoral Commission contrary to the laws of Ghana, recently told his constituents, chiefs and elders that he remains their MP and will set in motion appropriate and urgent legal steps to secure the seat.

In a stay of execution filed by Gyakye Quayson on Thursday August 5, 2021 at the superior court, the embattled Assin North Lawmaker puts forward that the verdict from the Cape Coast Court was “clearly in error“.

The grounds for his argument in this latest application before the law lords at the Appeal Court is that ” if the erroneous verdict is not stayed, the residents of Assin North will be denied representation for a significant period”.

Mr. Quayson also argues that “if the judgement by the Cape Coast High Court is not stayed, tension could be blown in the area, resulting in disturbances of peace”.

Even before Mr. Quayson files the stay of execution, he has already commenced appeal processes to overturn the error-ridden High Court judgment that canceled his legitimacy as an MP.

The Cape High Court , presided over by His Lordship Justice Kwasi Boakye, on Wednesday, 28 July 2021 annulled the results of crucial 2020 polls and directed EC to conduct a re-run of the election.

Apart from that, the verdict also ordered Mr. Quayson not to hold himself as the MP for Assin North because held dual citizenship contrary to Article 94 (2) (a) of the 1992 Constitution of Ghana, which states: ‘A person shall not be qualified to be a Member of Parliament if he – (a) owes allegiance to a country other than Ghana’.

However, in a notice of appeal filed on Monday August 2, 2021, the superior court, the calm but firm James Gyakye Quayson argued that the decision by the Cape Coast High Court was neither based in law nor in fact, asking the Appeal Court to set aside the high court order.

1. A declaration that the judgment of the High Court, Cape Coast, Coram Kwasi Boakye J. dated 28th July 2021, is void for having been issued out of jurisdiction.

3. An order setting aside the award of costs against the appellant and in favour of the petitioner/respondent and the 2nd Respondent/Respondent

4. Costs in favour of the appellant.

5. Any further or other order(s) the Court may deem fit.

Meanwhile, ahead of the legal processes, the National Communication Officer of NDC Sammy Gyamfi has rubbished the Cape Coast High Court verdict, arguing that the trial judge: His Lordship Justice Kwasi erred when he took a cue from Wikipedia, a less credible and sub-standard source in every intellectual discourse.

Many constitutional lawyers including US-based Law Lecturer at
University of Florida
Prof. Kwaku Asare has argued that the judgement is perverse, awkward and has little or no basis.