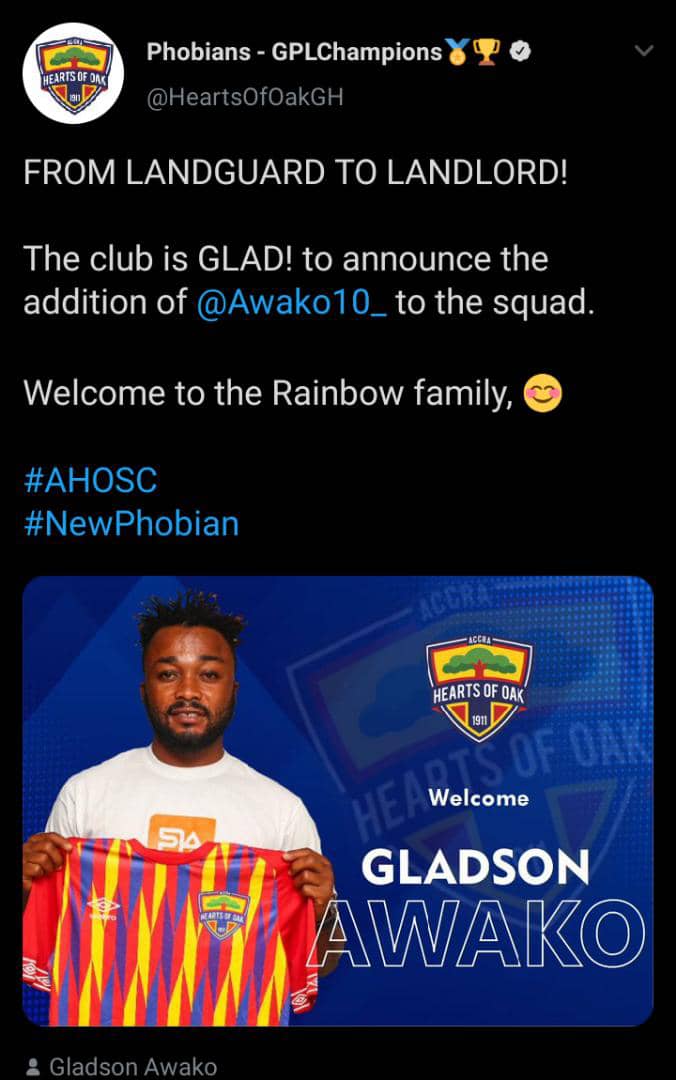 Accra Hearts of Oak new boy Gladson Awako has penned down an emotional message, thanking the Great Olympics Team and supporters for their support as he announced his new club on Twitter.

Awako, who joined the Dade boys after he ended his stint with African giant TP Mazembe, and became a star in the league with his sumptuous touches and passes that earned him a call up into the Black Star and Local Black Stars.

The reigning League Champions Accra Hearts of Oak in a bid to conquer Africa once again has been chasing Olympics talisman to beef up their squad. It was rumored on several platforms that Awako has joined the phobians some weeks back.

The wait is over, it’s official, Hearts of Oak has unveiled Awako on Monday and the Twitter page of the club posted a picture of him with a caption:

” FROM LANDGUARD TO LANDLORD!
The club is GLAD! to announce the addition of @Awako10_ to the squad.
Welcome to the Rainbow family”

Awako, who is excited about the Hearts move, confirmed it on his Twitter page and expressed his gratitude to the club, owner, staff, teammates, and fans who helped him to succeed in the club.

He also wished his former team the best of luck in the subsequent seasons.