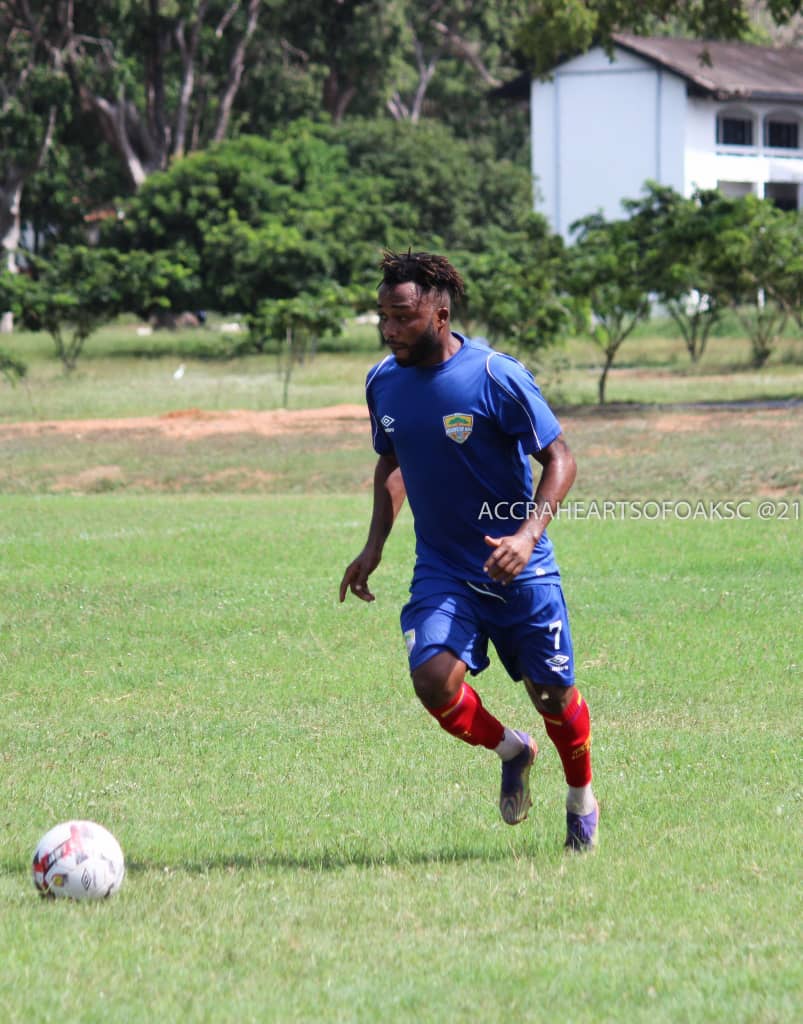 Awako returns to Hearts amidst controversy

Accra Hearts Oak tallisman Gladson Awako has finally rejoined his colleagues at camp as they prepare for their CAF champions League match against Wydad Athletic Club.

Awako has been in the media for the wrong reasons over a week now for his inability to kick ball for the phobians. News broke last week that Awako has asked Hearts of Oak to release him because he has been battling with “Juju” since he joined the club.

Hearts of Oak issued a statement saying Awako is still their player, and he only asked the Club to excused him to treat himself over some illness.

Nana Darkwa of Max FM on Friday morning broke the news that Awako has finally joined his colleagues at Hearts of Oak to give them a boast ahead of their CAF Champios league match.

Yesterday, there was a trending video of Gladson Awako busily training with his trainer, an indication that he is back after initial illness.

Awako joined the phobians at the end of the season after an outstanding performance for the Great Olympic, the Dade boys.

As an experienced player, Hearts saw him as one player that could help boast their chances of winning the CAF Champions League.