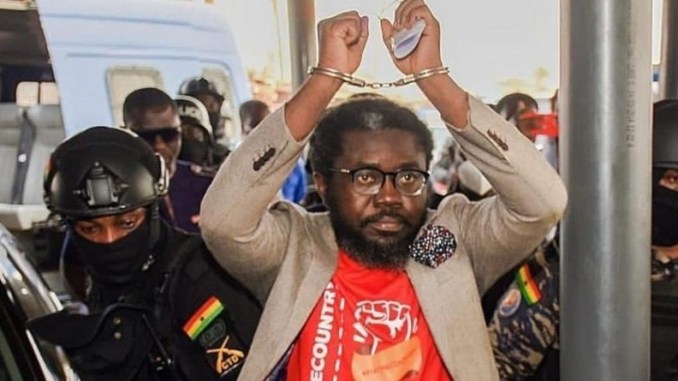 Barker-V drags IGP, AG to SC for handling his case in District Court

Firebrand #FixTheCountry Convener, Oliver Barker-Vormawor has dragged the Inspector General of Police (IGP) and Attorney General (AG) to the Supreme Court to challenge the decision to put him before a District Court that has no jurisdiction.

Barker-Vormawor wants the Court to determine whether the police has discharged their constitutional duty by sending him to a court with no jurisdiction to consider a bail application.

According to Barker-Vormawor, the ruling of the High Court ‘B’, Tema, dated February 17, 2022, entails a grave error of law which error is patent on the face of the record.

The Cambridge University Researcher Barker-Vormawor , by his motion is praying the Supreme Court to exercise its discretion to grant the following reliefs:

a. “Make an order of certiorari to issue to the High Court ‘B’, Tema, to bring up to this honourable Court to have quashed its ruling dated February 17, 2022, which was given under the hand of His Lordship, the judge, Justice Daniel Mensah, J., refusing to issue a writ of habeas corpus subjiciendum in respect of the Detained directed at the Respondents, their agents, assigns and workmen howsoever described or styled.