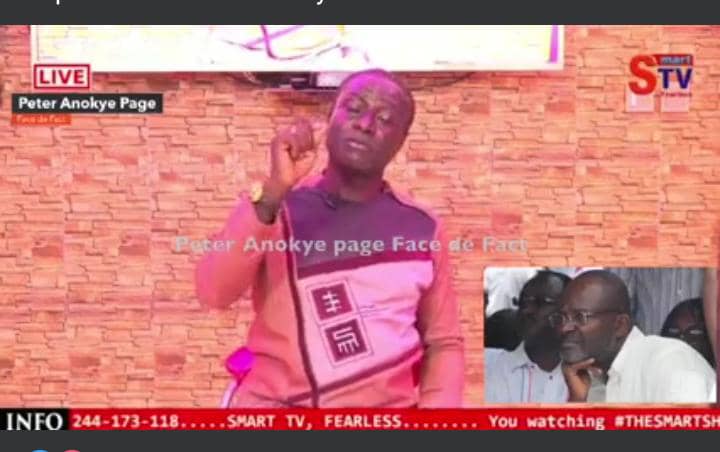 A popular and a loud mouth Presenter Captain Smart has branded a Member of Parliament( MP) for Assin central, Kennedy Agyapong as a liar and dared him to reveal evidence of his claims that CEO of Multimedia Group Kwesi Twum has revealed to him his workers are not been taken care of by NPP, so they will sabotage them.

Kennedy Agyapong revealed on his Network, Net2 that Kwesi has confided in him that, Multimedia workers are sabotaging the current government because the party is not taking care of them. He also alleged that he has been meeting some Joy FM presenters at Gabby Otchere Darko’s house waiting for money.

Captain Smart, who has also received his fair share of the bashing from the MP for overly criticising the government.

On his show on Smart TV, Captain said the MP is lying. He said, Kwesi Twum will not stoop so low to tell Kennedy Agyapong what he is alleging. He dared him to come out with evidence he claims he has it.

“Kwesi Twum will never stoop so low to tell you because NPP is not taking care of his workers, that is why they are sabotaging the government. Kennedy Agyapong is a liar! Give us the evidence if you claim you have it.”

Smart also said, Ken brags a lot, his workers are among the poorly paid media personnel.

“You brag too much on your riches, how much do you pay your workers? I dare you to publish the salary of your workers, they may be part of those who earns 350 to 500 cedis”

Meanwhile, Kennedy Agyapong has been summoned to appear before the Privileges Committee of Parliament over his comments on Joynews Reporter, Erastus Asare Donkor.