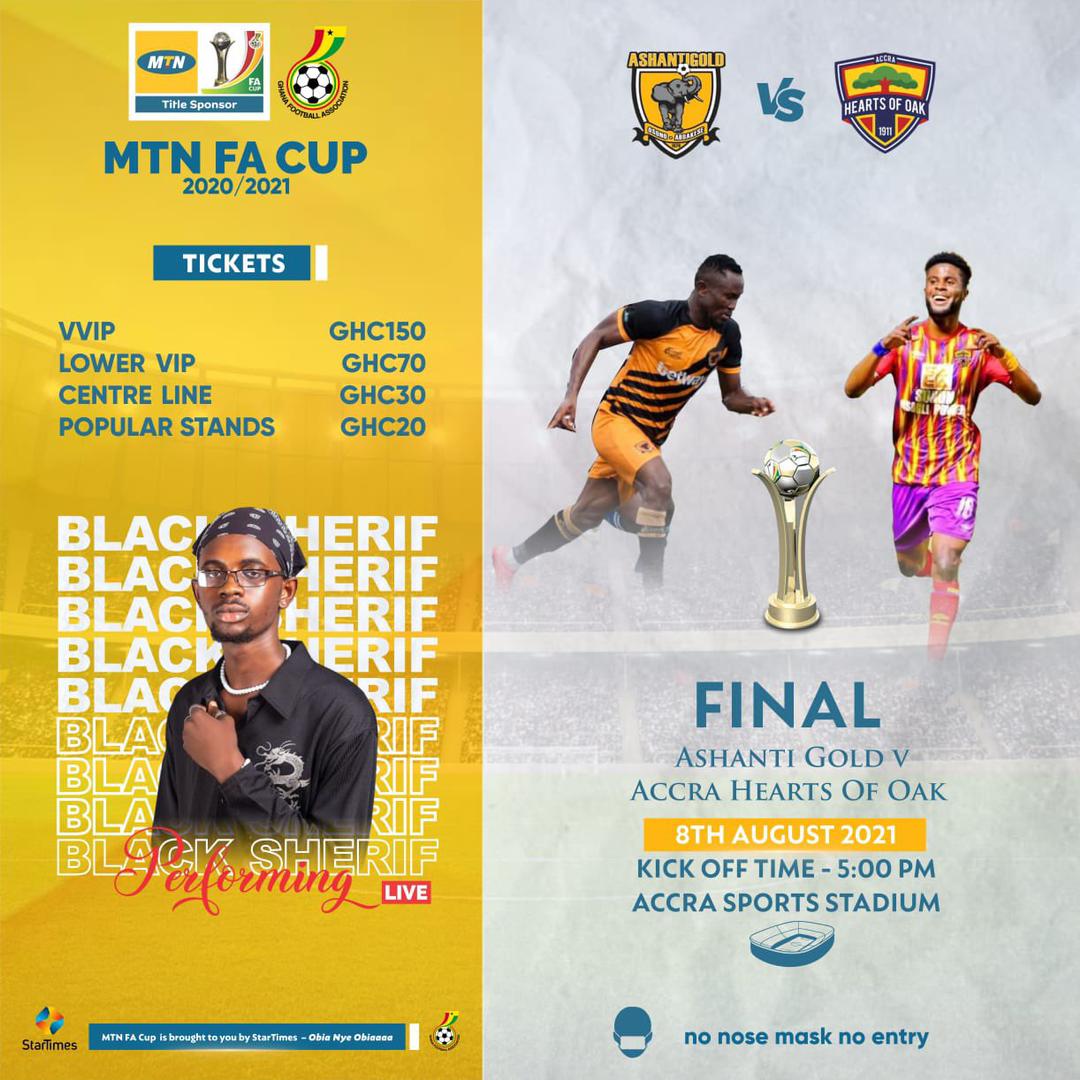 The MTN FA Cup Committee has engaged the services of the latest musical sensational Black Sherif as the headline artiste for the closing ceremony of the FA Cup final which comes off on Sunday, 8th of August 2021 at the Accra Sports Stadium.

The Committee has also announced how much the supporters of both clubs will have to cough out before they can see their teams play on Sunday.

If you want to sit among the VVIP you have to pay 150 cedis, and 70 cedis for lower VIP, centre line 30cedis and popular stand 20 cedis.

Football fans apart from having to watch beautiful football will also get the opportunity to see the new music sensational Black Sherif who has been trending with his latest song, second Sermon perform live at the stadium, “Kwaku Frimpong De asem b3ba”

The match officially kicks off at 5pm, but the closing ceremony and the musical segment will start at 4 p.m.

In this article:at MTN FA Cup Final,Black Sharif to perform