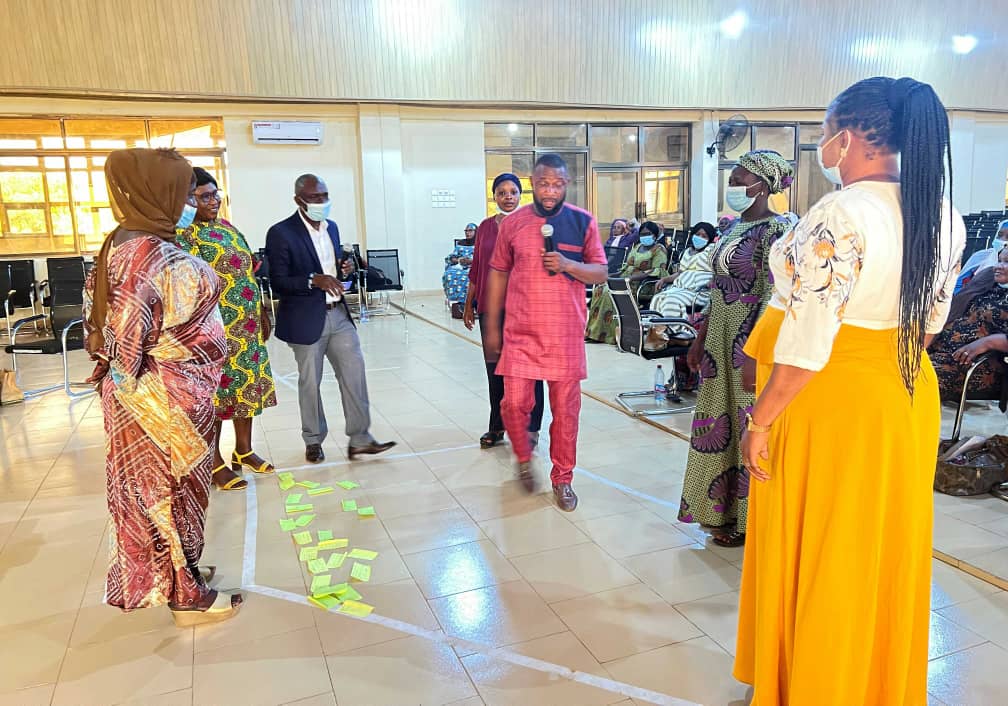 Bridging the gender inequality gap from the grassroots

“When you want to serve your people and society to contribute to development, you are given negative names”, Gladys Ramatu Bawa, a retired Teacher in the Sagnarigu Municipal Assembly in the Northern Region of Ghana bemoaned.

In Ghana, though women constitute about 51% of the total population, the country has witnessed low participation of women in leadership since independence. For example, out of Ghana’s 275 members of parliament (MPs), there are only 40 women representing about 16%. Similarly, only 18 women are appointed as Ministers out of the 86 current ministerial positions, representing about 21%.

The situation is not different at the local government level, where out of the current 261 Metropolitan, Municipal and District Chief Executives (MMDCEs), only 38 are women, with the remaining 223 being men. Though these statistics suggest some progress made from previous years, there is still more work to be done to bridge the gender inequality gap.

Besides women, youth representation in political institutions, policy-making and decision-making processes has remained limited in Ghana; despite the country being touted as a youthful nation, with the youth constituting about 37% of the population.

“My community elders had a meeting with me to step down as an Assemblywoman aspirant to allow a man in the community to contest unopposed. Their reason was simply because I am a woman and must not challenge a male-aspirant who was contesting with me in the community because this is disrespectful. I had to step down because I had no support. But I will stand again”, Agnes Akanwake in the Kassena Nankana West District Assembly in the Upper East Region of Ghana said.

Agnes was among a group of women and youth engaged at leadership and advocacy capacity development sessions organized by the United Nations Development Programme (UNDP) for selected district and municipal assemblies to promote inclusive recovery from COVID-19. During the sessions, the women and youth noted challenges confronting them in their bids to take up leadership positions.

Lack of confidence, social norms such as cultural and religious beliefs, absence of support from men and society, intimidation, harassment, name tagging, and lack of funds are some of the challenges cited by the women participants as factors preventing them from exercising their civil responsibility to take up political leadership positions. For the youth, age is mainly an inhibiting factor.

Despite the legal and constitutional provisions which clearly state that a person shall not be discriminated against on any ground such as gender, race, colour, ethnic origin, religion, creed or social or economic status, the story of Gladys and Agnes, and other women who aspire for leadership and political positions in Ghana seems to be improving at a rather slow pace.

For women and youth to effectively engage in development and recovery efforts for pandemics such as COVID-19; society must respect their rights and they need to have the right capacities to articulate their issues and concerns. In this regard, about 250 women and youth participants in five selected districts where UNDP has been providing COVID-19 recovery support to the local assemblies, are benefiting from the leadership and advocacy training.

The selected districts are Sagnarigu, Ketu South, Kasena Nankana West, Sefwi Wiawso and Jomoro. The participants including assembly women and aspirants, representatives of queen mothers, youth groups, and other relevant community leaders/ members involving persons with disability are being engaged in useful lessons and discussions to identify structural barriers and co-create solutions to address the gender equality barriers.

“We still have men who get intimidated with the success of their wives or women in general. So, sensitization efforts must also target men to break down the gender barriers. The good thing in supporting women is that they get the opportunity to support development efforts which benefit everyone including men and children”, Desmond Abire, Assembly Member, Kassena Nankana West District noted.

The women want to see more sensitizations targeting men, traditional rulers, and opinion leaders to contribute to efforts to break down the cultural and religious barriers inhibiting gender equality at the grassroots.

For Sherifa Bawah, who leads a women group in Paga at the Kassena Nankana West District, it would also be helpful if women build their confidence level, as this would help overcome the odds.

“My advice to my fellow women is that they should ignore the criticism and discouragements and remain focused on what they want to do to help society”.

Empowering women and girls advance social inclusion, economic growth, and development. It is therefore important to end all forms of discrimination against women, girls, and youth to ensure a sustainable future for all.