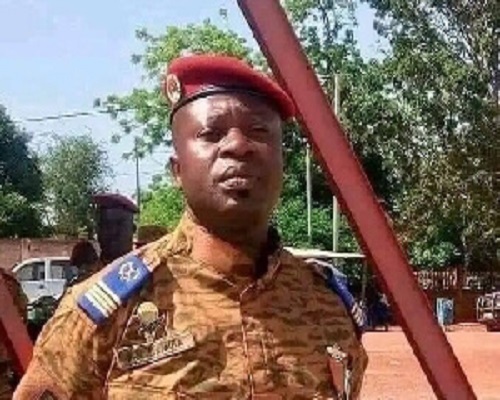 More often than not when a coup is staged, it is the end of an era for usually a democratically-elected president for the beginning of an era for a soldier.

In the case of Burkina Faso, the end for Roch March Christian Kaboré governing at his second term as President of Burkina Faso, fizzled out, paving way for Lieutenant Colonel Paul-Henri Sandaogo Damiba to takeover the baton.

African Editors profiles Burkina Faso’s strongest man who conspired with 2 others in the sub-region as leaders of transitional governments that toppled democratic presidents in Francophone West African country.

Until his ‘rise’ to the position of the coup leader, Damiba’s last held post as a Lieutenant Colonel of the army was Head of Security for the capital, Ouagadougou (the country’s third security region).

He had only been handed that post in December 2021 by ousted President Kabore in a move analysts said was to retain the support of the military at the time.

From Ouagadougou Security Chief, Damiba was declared on Monday evening as leader of the junta called as “Patriotic Movement for Safeguard and Restoration (MPSR)”.

It is not the first time his name is mentioned in coup circles. He was a witness in the botched coup of 2015, appearing in court three years ago to testify against the accused at the time.

He is the author of a book published in June 2021 titled “West African Armies and Terrorism: Uncertain Responses?” which according to reviewers, analyses “the particularities of West African terrorism.”

Damiba was on state TV when a spokesman, Kader Quedraogo announced that the government had been dissolved and the Constitution suspended.

He said the junta would soon announce when and how the country would return to a constitutional or demoncratic rule.

Immediate measures put in place include the closure of borders and a night curfew, he said.

President Kabore who was last heard via a tweet was detained on Monday morning and driven to a military camp in the capital where he is still being held.

About the Burkinabe coup

The Burkinabe coup started on Sunday, January 23 when mutinous soldiers exchanged gunfire with pro-government forces. Gunshots were heard around the presidency late Sunday amid reports of a coup.

Despite a government statement denying the coup, it emerged on Monday morning that President Kabore had been arrested and taken to a military camp.

It wasn’t until late Monday that his resignation was confirmed and the army subsequently announced on national TV that they had dissolved the government and Parliament plus other Constitutional institutions.

Their takeover is believed to be hinged on the rising spate of insecurity across the country with an uptick of terrorist violence over the last few years. The President had taken over the role of Defense Minister sometime last year.