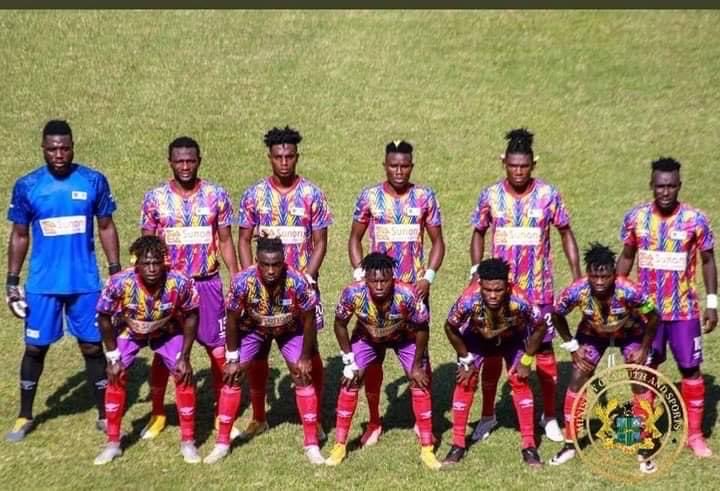 Ghanaian football giants Accra Hearts of Oak after being kicked out of the CAF Champions League, will be hoping to make amends in the second-tier club competition in Africa, Confederation cup, but will face off a stiffer opposition from another North African side JS Saoura of Algeria in a two-legged affair.

Hearts will welcome Saoura at the Accra Sports Stadium for the first leg on 28th November 2021, before traveling to Algeria for the return leg on 5th December 2021.

The Algerian side JS Saoura was founded in 2008 and first took part in CAF competition in 2017 after becoming the runners up the Algerian league.

They were eliminated in the preliminary round by Enugu Rangers of Nigeria.
In 2019, they returned to the CAF Champions League again and manages to qualified for the group stage with Al- Ahly, AS Vita Club, Simba of Tanzania.

Hearts won the maiden edition of the CAF confederation in 2004 after beating their bitter rivals Kumasi Asante Kotoko on penalties.

Both teams were dumped out of the Champions League and managed to qualified for the finals of the Confederation Cup.

Similarly, Hearts was humiliated and dumped out of the Champions League by WAC of Morocco on 6-2 aggregate. But has been paired against JS Saoura of Algeria for the playoffs of the CAF confederation cup.