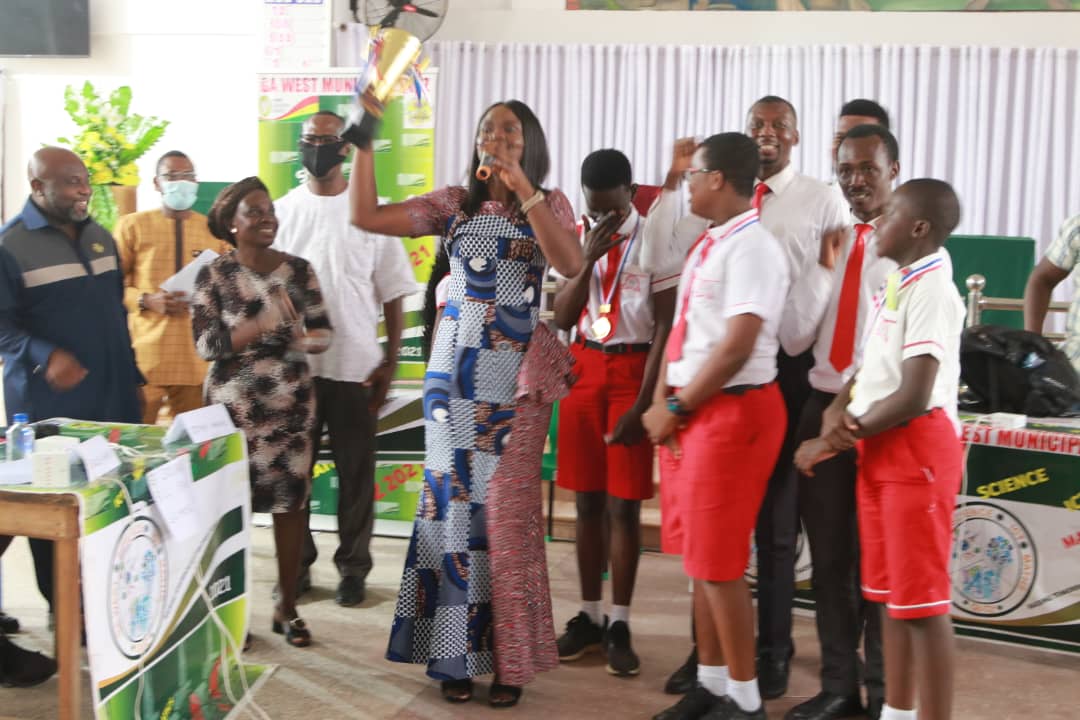 Below are the results :

Speaking at the grand finale of 2021 GA West Municipal BSTEM Quiz Competition upon victory on Friday August 13, the Cherryfield Montessori School Boss said “As for us, we don’t fear competition. I told my contestants, the Cherryfield Ambassadors that this competition is between Cherryfield and the rests and that they should work towards that. In deed they were focused, hardworking, up to speed with their actions, and to God be the glory, in the final analysis, which is the champions of champions held on August 13, 2021, Cherryfield emerged the winner”.

“We’re so excited to be part of this competition, it’s going to help the students, boost their moral, which means that they can achieve anything they are focused on”, she said.

Madam Magdalene Dzifa Adzanu noted that “the results means a lots to me. My efforts, the teachers’ efforts, their sleepless nights and that of parents haven’t been in vane. It also implies that if you wants to enrol your children in school within the GA West municipality, Cherryfield remains the best option to single out for admission”.

Apart from today’s champions of champions that saw Cherryfield Montessori School pulling surprises at every round of the grand finale, the school puts up splendid performances at every stage of the quiz competition, hammering opponents, mattering courage, gathering momentum, sustaining the stamina, widening the gaps until they lifted the victory cup.

Madam Dzifa Adzanu told the media that “In a bid to sustain this performance, we’ll simply go back to the drawing board, make amend to few things that must be fixed and consistently, we’ll be on top of issues. That’s the way we intend to sustain our performance, so we don’t repeat mistake in future”.

According to Madam Dzifa Adzanu, a total scale up in STEM education will create an enabling environment for Ghanaian students pursue engineering, invent, innovate and optimise Ghana’s natural resources for the benefits of the citizenry whilst creating solutions for emerging problems in the world markets.

Below are exclusive pictures from the competition: