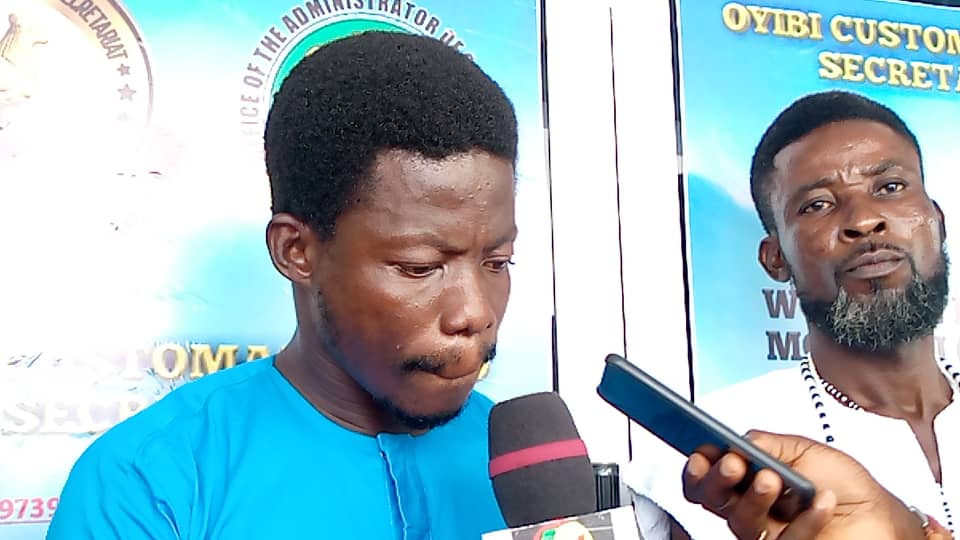 Traditional Leaders and stakeholders have officially inaugurated the Oyibi Customary Land Secretariat (OCLS) office to aid in proper records keeping of land transactions within its boundaries at Oyibi in Adentan a suburb of Accra.

According to him, the secretariat which begins operations right from the day of its inauguration because it will serve as a link between land owners of Oyibi, the public sector land agencies as well as other key stakeholders as far as land issues are concerned.

Dr. Gad Akwensivie, Deputy Chief Stool Lands Officer, speaking on behalf of the Administrator of Stool Lands, disclosed that the main idea of the establishment of the customary land secretariats across the country was muted by the land policy of 1999 which identified a number of constraints and challenges with land management in Ghana.

Explaining further, Mr. Akwensivie, listed some of these constraints as follows; indeterminate bundaties of lands belonging to either stools, skins, clans and families.

According to him,the secretariat was established among other objectives to facilitate in the reduction of land dispute cases in the law courts.

” for every ten (10) cases in court, we could count as many as six (6) being land related, if we are able to reduce Litigations in land dealings in the country, our law courts will be free to handle other cases,” Mr. Akwensivie added.

“One of the objectives of the Customary Land secretariat is to ensure efficient and effective management of Land to avoid multiple sale of Land,” he stated.

He also mentioned that, by the establishment of the secretariat, land management is going to be centralised.

MR. Akwensivie seized the opportunity to allay the fears of land owners as regards government taking over such ownership.

“It does not mean the lands of families or stools are going to the taken from the rightful owners,” he stressed.

“Most of the multiple sale of land is often not deliberate, but partly due to lack of records I have no doubt that the Customary Land Secretariat has come to ease the burdens on both the families and prospective investors and its something that we all should be happy for,” Mr. Akwensivie emphasized.

He seized the opportunity to congratulate Oyibi Customary Secretariat for joing the lists of families, skins, stools and clans establishing Customary Land Secretariat in Ghana.

Speaking to the media after the inauguration, Lawyer Senanu Saviour Ashiagbor Esq of Kpatsa$Associate who doubles as the Administrator for the Oyibi Customaty Secretariat, reiterated that, the Customary Land secretariat will contribute immensely to the smooth Administrative processes with regards to Stool, Skin and Family Land which hitherto the new Land Act, faced with a lot of changes.

” Litigation is expensive, if you bring the case, I will send it to court but however, I must assure you, it is expensive because when I go to court, you must pay me,” he advised.

He also disclosed that recreational centres earmarked within various communities have been encroached upon and in some cases, used for other purposes quite different from its original purpose.

The introduction of the Customary land secretariat,according to him, is cloned with the duty to protect such places so that communities can have access to these reserve parcels and portions of land for recreational activities.

With the introduction of the ADR, we are going to apply the law as it is in the ADR Act , that every person will have justice not only to be done but justice will seemingly be done through our own local mediation and administration,” Lawyer Aahiagbor assured.