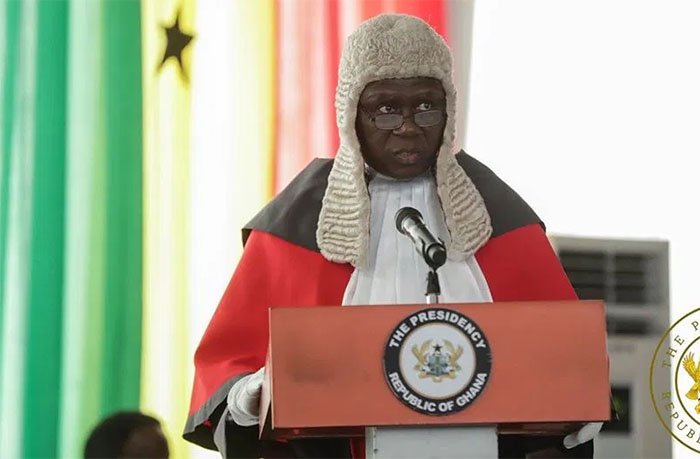 President Akufo-Addo has commenced legal process of the removal of Chief Justice His Lordship Kwasi Anin Yeboah over $5 million bribery allegation against him by Lawyer Kwasi Afrifa.

This follows petition to President Akufo-Addo by Civil Society Group ASEPA to solely invoke Article 146 after Kwasi Afrifa in his response to the General Legal Council alleged that the Chief Justice attempted to take a bribe from his client Nana Agyeedom Obranu Atta to influence favourable outcomes from his active cases at the Supreme Court.

President Akufo-Addo upon receiving the petition wrote to ASEPA that the process for removal of the Chief Justice has been already been triggered.

But, even before the dust settles, ASEPA has written to President Akufo-Addo to immediately furnish them with further and better particulars.

Speaking in an interview monitored by African Editors on Wednesday 28 July 2021in Accra, Executive Director of ASEPA Mensah Thompson said “We are demanding from the president the list of judges who constitute the committee tasked to probe the Chief Justice”.

Thompson noted that “The president is supposed to make sure the Chief Justice step down pending investigations into the matter so he doesn’t interfere with the probe by law”.