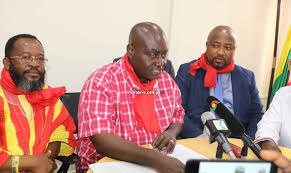 Civil and Local Government Staff Association of Ghana (CLOGSAG) has called off its strike with immediate effect.

It follows the government’s agreement with the leadership of CLOGSAG, leading to the signing of an MOU on Wednesday, 19 January 2022.

“The agreement granted some aspects of demands concerning their Conditions of Services with others”, the FWSC said in a statement, adding that the other things are “work in progress”.

The statement was issued on Thursday, 20 January 2022.

CLOSSAG, “on the basis of the agreement, committed to calling off the nationwide strike with immediate effect”, the statement added.”

“We deserve better conditions of service now. From Thursday, 20 January 2022, everybody should sit at home; don’t come to work”, a statement issued by CLOGSAG and signed by its Regional Secretary Alhaji Apam Nuhu directed members.

CLOGSAG wants better conditions of service for its members from the government.

According to the association, a favourable salary was presented to the government last year but the government has failed to look at it, hence the decision to strike.