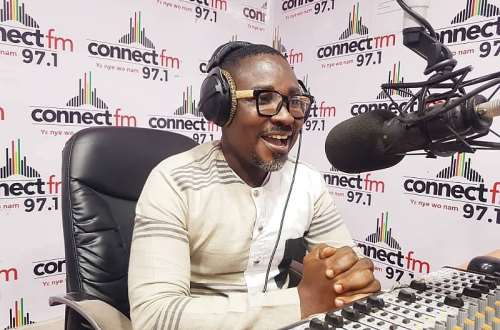 Nhyiraba Paa Kwesi Simpson of Connect FM has been remanded two weeks for the alleged fake kidnapped case in Mpohor he reported. He was denied bail at the Takoradi Circuit court this afternoon.

The Takoradi court has remanded the media practitioner Nhyiraba Paa Kwesi Simpson, and another individual Stephen Kumi after the purportedly distributing what the Police reffered to as untruthful news with regards to an alleged abducted episode.

The two were remanded after the court denied them bail Thursday November 4.

The two have been accused of the distribution of bogus news with the aim of creating fear and alarm to the public in spite of the Public Order Act, and bogus distribution of information through an electronic gadget as opposed to the Electronic Communications Act, 775 of 2008.

Simpson argued not liable to charges of distribution of bogus news with the expectation of making trepidation and alert the public as opposed to the Public Order Act, and bogus distribution of information through an electronic gadget in opposition to the Electronic Communications Act, 775 of 2008.

In his request for bail, his Counsel Ebo Donkor said Nhyiraba Paa Kwesi Simpson should be viewed as one who was just going about his responsibilities as a columnist and as such ought to be treated as intrigued individual with regards to the Investigations and not a blamed individual.