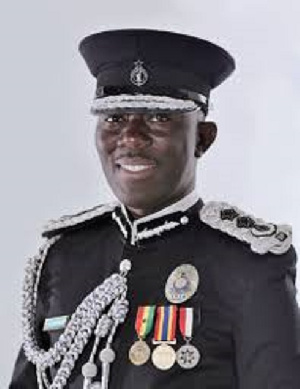 It has emerged that IGP James Oppong-Boanuh has been shown the exit, paving the way for COP Dr. George Akuffo Dampare to step into his shoes as the Acting IGP.

A statement signed and issued by Director of Communications at the Presidency Eugene Arhin directed Mr. oppong-boanuh to proceed on terminal leave August 1, 2021.

It is not clear what is informing the latest decision by President Akufo-Addo to have the man some described as affable, humble and the right man for the IGP job, Dr. Dampare.

But, there have been several security breaches, brutality and killing of civilians in Ghana by the police a clear case of insecurity since James Oppong-Boanuh’s assumption of power, leaving many questioning whether he is fit-for-purpose to be at the top hierarchy of the peace officers.

Dr. Dampare is also believed to have a good relationship with the media, holds PHD in Finance and Lecturer at Ghana Institute of Management and Public Administration, GIMPA.

He supervised novel police visibility programme and served as the Director General for Administration, National Operations, in-charge of Welfare Accra Police Commander and spent over 30 years experience in the Police Service.

He would have a bigger task to fix insecurity in the country and work to restore the sinking image of the police service, ability to control, deploy and ensure that his officers work professionally.

If appointed, Dr. Dampare will become the youngest IGP since independence.

African Editors will update readers on the the development as it unfolds before our eyes.