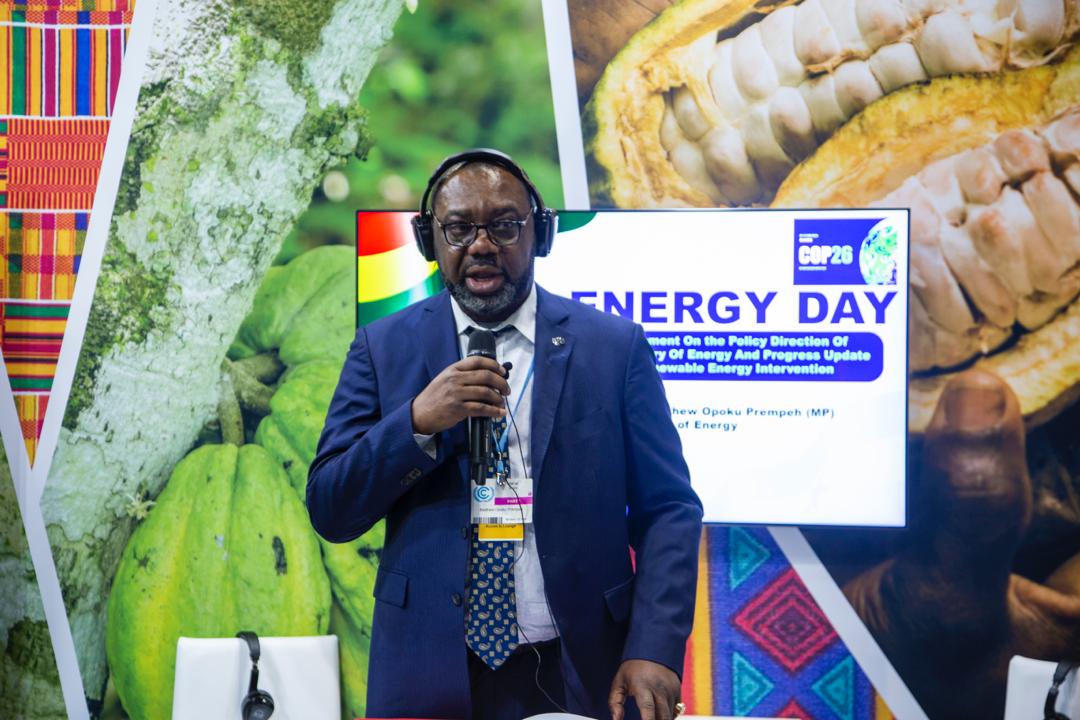 Minister for Energy, Dr. Matthew Opoku Prempeh (NAPO), has reiterated government’s determination to to achieve universal access to electrification by 2025 in accordance with the country’s commitment to its Sustainable Development Goals 7 (SDG7).

Dr. Prempeh, who is also the Minister for Energy, made this announcement the Ghana Energy Day during the ongoing UN Climate Conference also known as COP26 in Glasgow.

He noted that the subject of energy has become one of the most important global issues for discussion from industrialization, social and economic development and climate change viewpoints and stated that the country’s drive in this direction shall include the development of eco-friendly energy supply chain, double access to clean cooking fuels and technologies.

Touching on the government’s progress in the energy sector, the Minister laid emphasis on the achievement of national electricity access rate of 86.63% by the end of the third quarter of 2021 and a 120MWe grid-connected installed solar PV capacity representing 2.4% renewable energy in the national generation mix.

He also alluded to the creation of the first ever renewable energy park in the subregion which has the capacity to hold up to about 650MWe capacity at Bui, with the potential for up to 250MW solar PV plant which would be hybridized with the existing Bui 400MW hydropower plant.

On the household sector, the Minister noted that its often either forgotten or little attention is paid to it and revealed that energy for cooking in households account for more than 35% of the total energy supply.

The Minister further highlighted Ghana’s commitment to achieving its Nationally Determined Contributions under the Paris Agreement, investment opportunities in utility scale and distributed generation as well as clean cooking, including promotion and distribution of LPG and biomass end-user technologies.

Ghana’s delegation to the COP26 event is led by President Akufo-Addo.