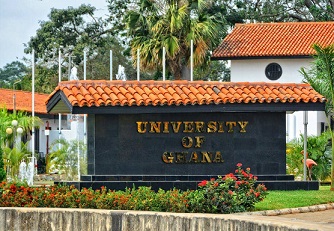 Court slaps UG with GHC1k in case filed by student

An Accra High Court has slapped the University of Ghana with a thousand Ghana Cedis cost in a lawsuit filed by a ‘disqualified’ presidential candidate in the 2021 Alexander Adu Kwapong Hall Junior Common Room (JCR) elections, Caleb Elorm Kadu.

The Court awarded the cost following a ruling that dismissed the premier University’s application seeking to set aside the plaintiff’s writ of summons.

Plaintiff, Caleb Elorm Kadu sued among others three top officials of the University, the Vice-Chancellor, the Dean of Students Affairs and the Senior Tutor of Kwapong Hall over his disqualification from the 2021 JCR Presidential race.

Lead Counsel for the School, Frederick Boamah further held the view that the proper body that ought to have been sued is the University of Ghana since the defendants are mere administrative creatures of the institution.

Counsel for Plaintiff, Nii Kpakpo Samoa Addo, however, opposed to University of Ghana’s application seeking to annul Caleb Elorm Kadu’s writ as he contended that the suit would not warrant the invocation of Order 9 rule (8).

Delivering a ruling on January 31, 2022, High Court Justice, His Lordship William Boampong said Counsel for the University of Ghana has addressed the Court on ‘totally different issues which cannot be addressed under Order 9 rule 8 of C.I 47′.

“I, therefore, rule that even if the legal issues raised by Counsel for the Defendants/Applicant are the correct position of the law at all, same cannot be maintainable under Order 9 rule 8. I accordingly dismiss this application.

I award cost of GH₵ 1,000.00 against Defendants/Applicant [University of Ghana] in favour of Plaintiff. Case to take its normal course,” His Lordship William Boampong ruled.

Caleb Kadu, a resident of the Hall, is aggrieved over his disqualification from the 2021 JCR Presidential race.

He said on “18th June 2021, he received a letter from the Dean of Student Affairs disqualifying him as a Presidential candidate in the Alexander Kwapong Hall JCR elections without being given a hearing in contravention of Article 23 of the 1992 Constitution and the audi alteram partem principle of natural justice.”

Before this, the BSc Education (Physics) student claims to have been cleared by the Dean of Students to contest in the presidential race.

He said that all efforts to get the Dean to reverse his decision proved futile.

“The plaintiff says that the Dean of Student Affairs has sidelined the constitutionally constituted Electoral Commission of the Alexander Kwapong Hall and has in its stead, constituted a different body to conduct the Elections,” part of his statement of claim reads.

He wants a declaration that his disqualification by the Dean of Student Affairs is unlawful and illegal, therefore null and void and of no legal effect.

Elorm is requesting that he be reinstated in the Kwapong JCR presidential elections.