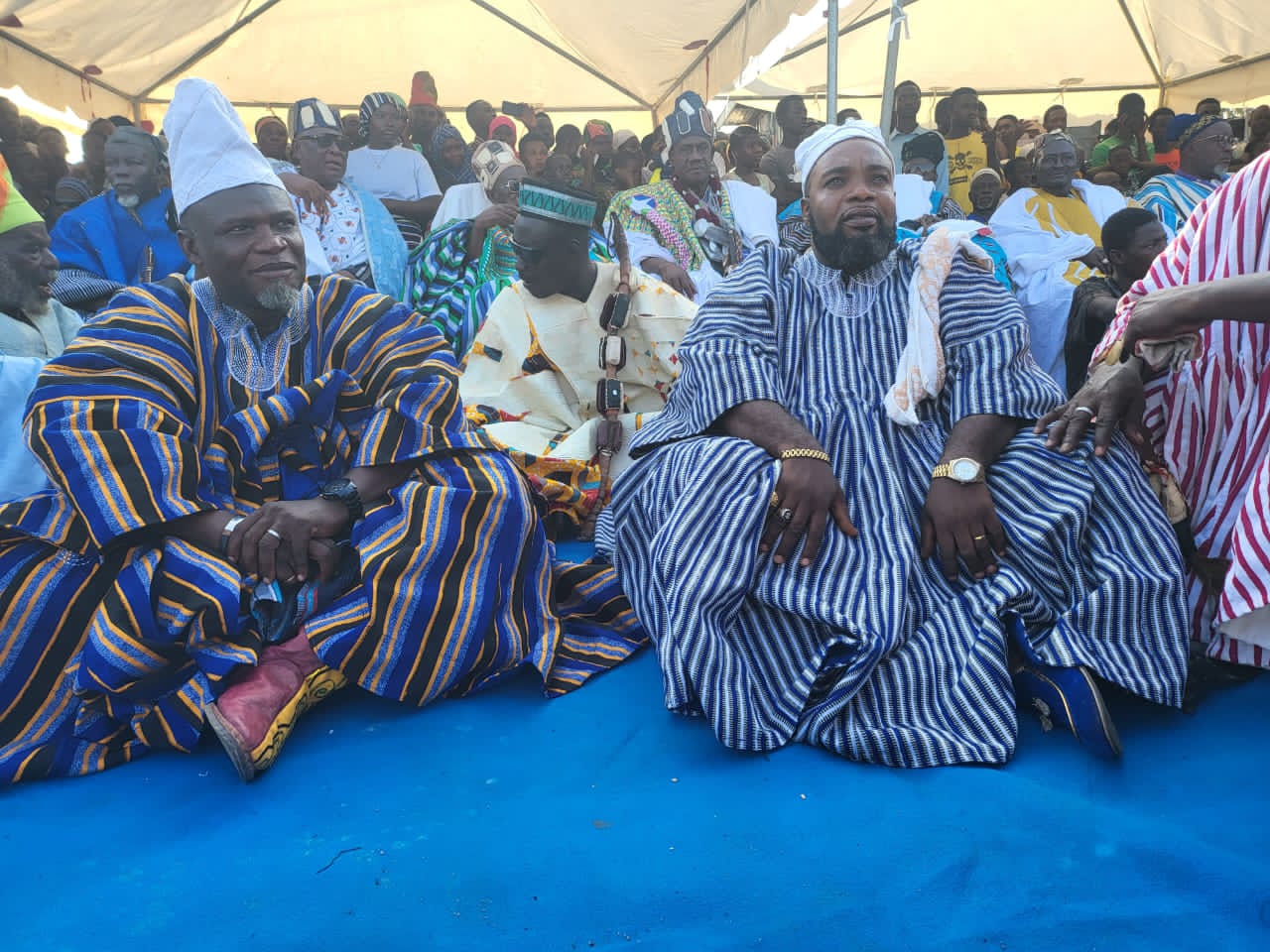 It was display of rich Dagomba culture as part of celebrations of Eid Adha Festivities at VIP park in Effiakuma yesterday. The host was Naa Iddrisu Nassam Dokurugu, the Dagomba Chief of Effiakuma.

The Dagomba Communities of Effiakuma, Kwesimintsim and Takoradi wish to announce our intention to enskinn three personalities for taking keen interest in the culture and welfare of the people of Dagomba Community and Zongos at large.

The Dagomba Chiefs of Kwesimintsim, Takoradi and Effiakuma and their people have decided to enskinn them due to their unrelenting efforts to promote the culture, well-being and well fare of the respective communities.

The enskinnment is slated on Sunday, 24th July, 2022 as part of this year’s EID ADHA SALLAH FESTIVAL. Their chieftaincy titles will be unveiled on this fateful day.

Lawyer Fiifi Buckman, Mr. Richard Kirk-mensah and Hon. Kwabena Okyere Darko-Mensah ,the Western Regional Minister believe in our rich culture and go extra miles to put it into practice in their daily lives. They always stand ready to avail themselves to our funeral, marriage and out-dooring ceremonies whenever they are called upon to do so. Invited or not.

Even though the three personalities are fantes and Asante, they believe and respect our culture to the extend that we sometimes find it difficult to differentiate them from us. They don’t only believe in our culture, they reflect it in their daily lives. They dine, mourn and dance with us in the respective communities. In fact, they leave no stone unturned when it comes to promotion of our rich culture.

The Dagomba Communities have therefore decided to honour them to serve as a signal of strengthening inter-ethnic tolerance and harmony in our various communities. We may be Dagombas, Fantes, Asantes, Ahantas, Moshies, Mamprusis, Gurunshes, Farafaras, etc, but we are the same people.

if we learn one another people’s culture and develop the spirit of tolerance, it will go a long way to promote peaceful co-existence among the various ethnic groups in Ghana. This effort is aimed at building peace and unity among the various ethnicities and tribes in and around Sekondi-Takoradi Metropolitan as well as Effia- Kwesimintsim Municipal areas. Inter-ethnic harmony is very crucial in Ghanaian societies.

It is our hope that this would cement the cordial relationship between the people of Zongo Communities and other ethnic groups in the Western Region. Furthermore, we hope this singular gesture will spare them to do more and for others to emulate their shinning examples. Come and witness the rich culture of Dagomba Community.