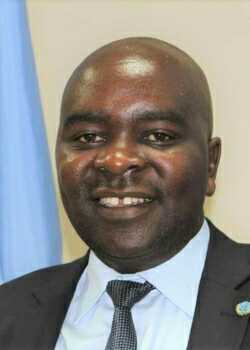 A shift in ideology, building on COVID-19 recovery and leveraging the SDG agenda can help From Africa Renewal:

Over the past two decades, Africa has remained home to some of the fastest-growing economies globally, despite the negative impact of the COVID-19 pandemic.

Since the year 2000 of the top 20 fastest growing economies in the world, Africa accounts each year for anywhere between 3 and 12 countries – a statistic worth celebrating.

Africa, however, cannot take a lot of comfort in this impressive statistic given the profound challenges the continent continues to face.

Let us start with per capita Gross Domestic Product (GDP), which measures a country’s progress. Per capita GDP is a robust measure that tells us how much a country produces for each of its citizens.

If countries were to belong to leagues of 20 countries each, as we see in football, with the top league being the 20 best performers in terms of the Human Development Index, it would give us a clearer perspective.

In 2019, no country in Africa would be in the top 3 leagues. Mauritius is the only country on the continent of Africa that would be in league 4. On the flip, Mali, Burundi, South Sudan, Chad, Central African Republic, and Niger would exclusively occupy the bottom league, league 10.

Drawing from the statistics over the decades as presented above, it is not difficult to see the scale of the challenges the continent faces to climb to the top leagues of the world economy.

While there may be several possible actions, the three suggestions below could set the stage for tackling these challenges:

In fulfilling their duties, each profession could ask themselves simple questions: are we enabling the continent to address its development deficit? What can we do differently to tackle Africa’s development deficit in the conduct of our responsibilities?

Building on COVID-19 recovery
Many countries instituted restrictions as measures to control the spread of the pandemic, such as the closure of schools and businesses. Two years on, most countries are learning to live with the virus and have removed or are in the process of removing these restrictions and fully reopening their economies.

African governments must prioritise innovation and people-centred development approaches in rebuilding economic structures to help accelerate recovery. It includes leveraging digital technology whose adoption was firmed up during the pandemic and the green recovery that is an essential pillar of the 2030 Agenda for sustainable development meant to protect the planet.

Leverage further the 2030 Agenda for Sustainable Development
The 2030 Agenda is a framework for transformation and a mechanism for accountability – furthering the SDGs will also enable the continent to achieve its 2063 aspirations of the Africa we want. Africa can get more out of the development frameworks by holding the rest of the world accountable for action or in-action.

Of course, that means Africa should also do its part – through development actions and investments – to get its voice in this global mechanism for transformation and accountability.

These three actions, while not exhaustive, could enable players in the development space to better appreciate Africa’s development deficit. It is more profound than many may want to believe and tackling it benefits everyone. They also demystify the sense that someone else is responsible; everyone can act.

Every African needs to ask themselves what more they can do at their level to tackle the development deficit.

Furthermore, leveraging the COVID-19 recovery strategies, the 2030 Agenda for Sustainable Development and Africa’s Agenda 2063 as opportunities should put people first and at the centre of building back better.