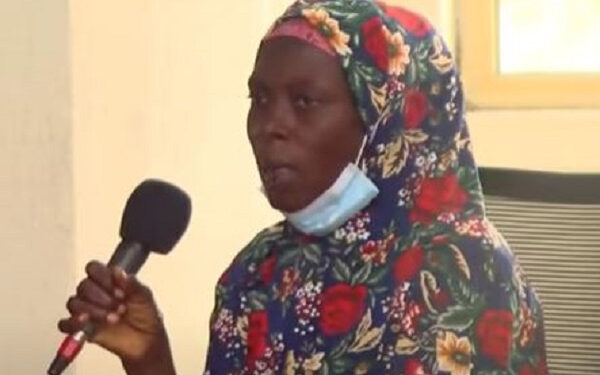 Sahadatu Hudu, the wife of Social Media Activist murdered in cold blood at Ejura in the Ashanti Region Ibrahim Mohammed popularly known as Kaaka has revealed that she is compelled by the demise of her husband to rely on handouts from benevolent individuals for a living.

She disclosed this after the Family together with the #FixTheCountry Movement’s leadership petitioned National Chief Imam Sheikh Dr. Nuhu Sharabutu in Accra.

“It has been very difficult to survive. We’re left at the benevolences of people. I’m struggling to feed and cater for my family”.

The Family of Kaaka is demanding immediate publication of Ejura killings Committee Report by the Interior Minister.

Kaaka also known to his peers as Kako Macho was murdered in cold blood leading to demonstration and military brutalities of unarmed civilians during which two persons killed with two injured.

The Koomson-led Committee has presented its report to the Interior Minister Ambrose Dery but has not been implemented.

Speaking upon interacting with National Chief Imam Sheikh Dr. Nuhu Sharubutu on Tuesday 24 August 2021, the Family of Kaaka said “We’ve lost hope in the police’s commitment to justice for Kaaka”.

Brother of the late Kaaka Nafiu Mohammed noted that the ” delay in implementing recommendations of by the committee is worrying. The youth of Ejura are unhappy and demand justice “.

According to Kaaka’s Family, the government must make public the recommendations of investigations conducted.

He expressed disappointment that his innocent brother is in the custody of the police and wants National Chief Imam to intervene.

He noted that “I’m also concerned about delays in implementing the report. I will let my Advisory Board to get involved in seeking justice for Kaaka”.