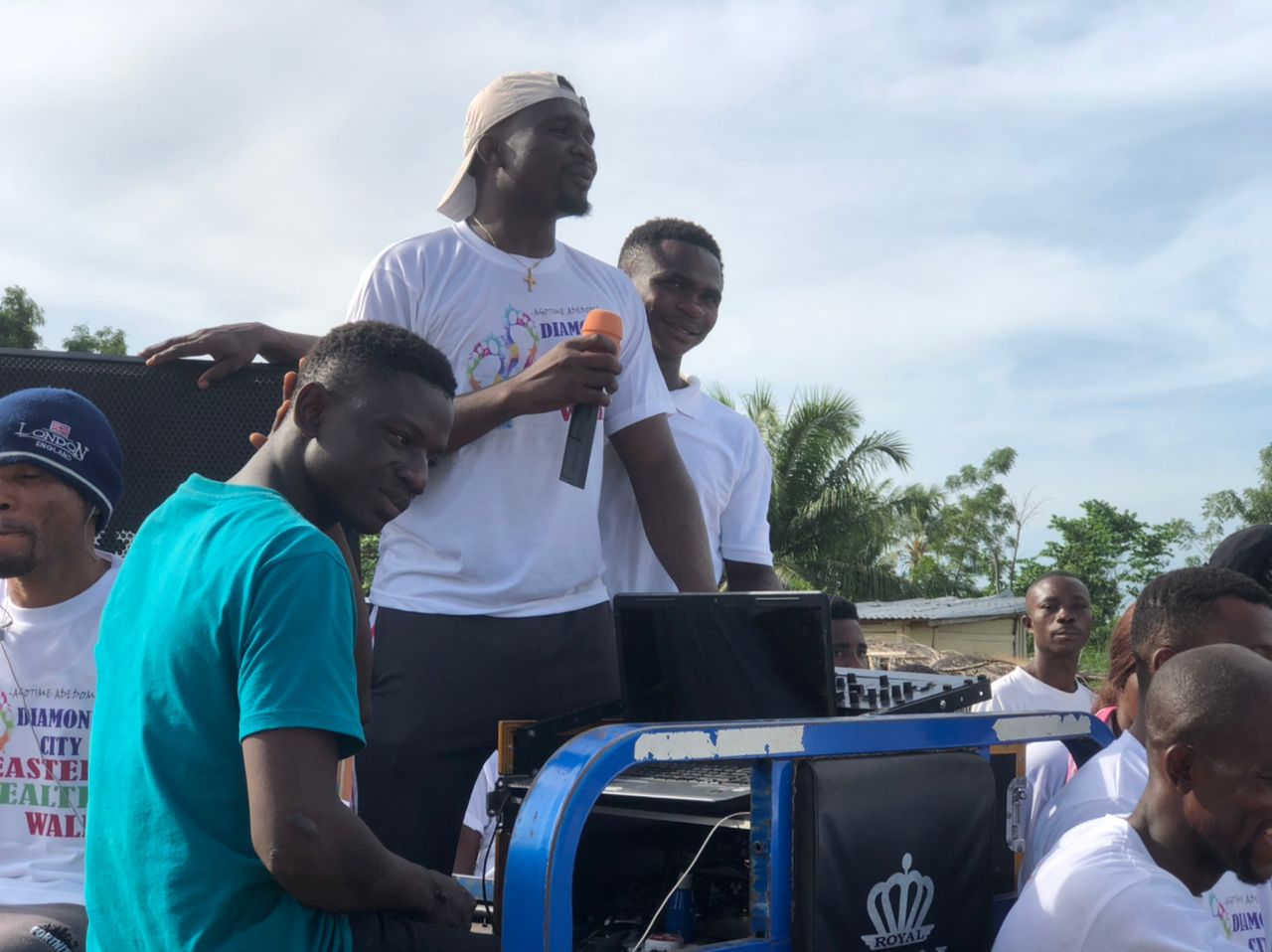 Diamond City Easter: Lejjy Wan thrills fans with back to back songs (video)

Popular Musician in the Volta Region Tenge Prince, with a stage name Lejjy Wan was in his element as he thrilled fans with fascinating performance on Saturday night at Agotime Adedome, Diamond city.

The Saturday kicked off with morning health walk from Diamond City through the principal street of Agotime Kpetoe.

Many people showed up on the street to catch a glimpse of walk amid cheers.

Later in the evening, much anticipated music show, dubbed artiste night came off later in the night at ‘Agbo Feme’ the chief’s Palace.

Many music lovers thrown from various Agotime towns and villages to the Diamond city to have fan and catch a glimpse of various performances.

Agbo Feme was packed to the brim with aged group seated nicely and the youth on their feet jamming to all the songs.

Various Artistes mounted the stage with some lovely and energetic performance.

The artiste many were waiting for was Lejjy wan. Just like many will be waiting for Shatta Wale to climb a stage and perform to close a show.

Lejjy Wan lived up to expectations with energetic performance from the start he mounted the stage till the end of the show.

Diamond city very own Lejjy Wan performance got many people talking, with some believing he will go very far.

Agbo Kelly, eulogies his talent and encouraged him to keep the hard work up, it will pay off.

Agbo Kelvin also thinks he will be the next big thing to happen to Ghana music and beyond.

Lejjy Wan performance can be liken to Shatta Wale’s performance. It was full of energy with the fans singing along and jamming to the songs through out the
performance.

He is super talented and hard worker, a bit of financial support will take him to the top and that will be a proud moment of Agotime towns particularly Adedome.

Lejjy Wan is one of our own, let’s rally behind and support his craft.