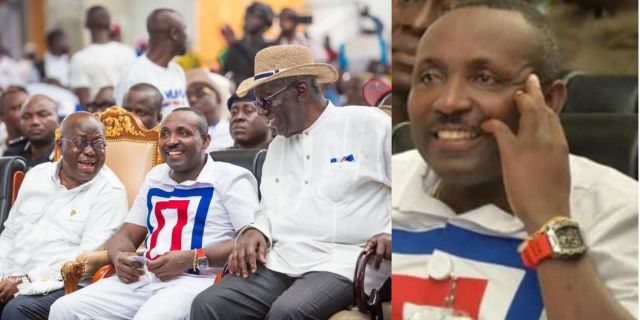 Governing New Patriotic Party (NPP) has asked 2024 presidential aspirants of the party not to campaign until the party gives green lights take off.

Talking at the Ashanti Regional annual Delegates’ Conference on Wednesday, 27 October 2021 at Achaakrom in the Ejisu Municipality, General Secretary of NPP John Boadu said early campaigns will take away attention from programmes and projects by President Akufo-Addo.

John Boadu said in spite of the fact that it is OK for the flagbearer aspirants to glue their banners, they ought not begin the mission early ahead of the party’s green lights.

He charged the flagbearer aspirants to comply with guidelines directing interior appointment of the party.

“We see banners around and that is OK yet nobody should begin campaigning. On the off chance that you begin crusading, you’ll divert the president from the command given to him. He will be occupied by these missions by our own kin, so I encourage all of you to notice these guidelines,” Boadu said.

“The party will hold its National Delegates Conference in the Ashanti Region on eighteenth, nineteenth, and twentieth of December 2021.

He educated individuals regarding the party to join as they get ready for inward decisions.

In this article:Don't campaign -,NPP to flagbearer aspirants