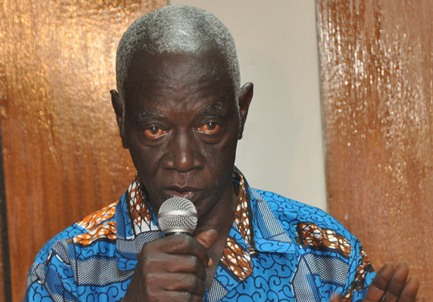 As per the two noticeable Ghanaians, they are against same-sex marriage, Lesbian, Gay, Bisexual, Transgender and Queer including all forms of advocacy on homosexuality.

Speaking at at a press conference on Saturday Dr. Afari Gyan said “he doesn’t figure out that same-sex marriage can be supported on grounds of basic liberties.

“I’m mindful that a portion of the components we consider to be common liberties today, like the right to training, great drinking water and cover, and the freedoms of ladies, laborers, and youngsters, were not viewed as so in occasions past.

“In any case, in the event that we check out the elements that have become part of the group of basic freedoms, plainly their pith is the improvement of the human condition and the assurance and propagation of mankind.

“So to say that something is a basic freedom is to say that it is useful for each individual to have this is on the grounds that it works on the quality and pride of the human species,” the previous EC manager noted

The Dormaahene additionally expressed that “I am a chief however in case there is something that will destroy our way of life and society, I’ll not help it; and I don’t think as a country we ought to endure it.”

He subsequently urged Ghanaians to support the passage of the anti-LGBTQ+ bill. This he said is on the grounds that the bill is probably the best thing to happen to Ghana.

The bill is as of now being dealt with by the Committee on Constitutional, Legal and Parliamentary Affairs.

The Constitutional, Legal and Parliamentary Affairs Committee of Parliament has so far gotten more than over 100 memoranda from people in general over the anti-LGBTQI+ Bill, which is at present before the House for deliberation.

The committee is expected to present report on the bill to the floor for debate before passage.

Meanwhile, 18 intellectuals, professors, academics, lawyers and Journalists are opposed to Bill and have petitioned Constitutional, Legal and Parliamentary Affairs Committee of Parliament to reject the passage of the bill: