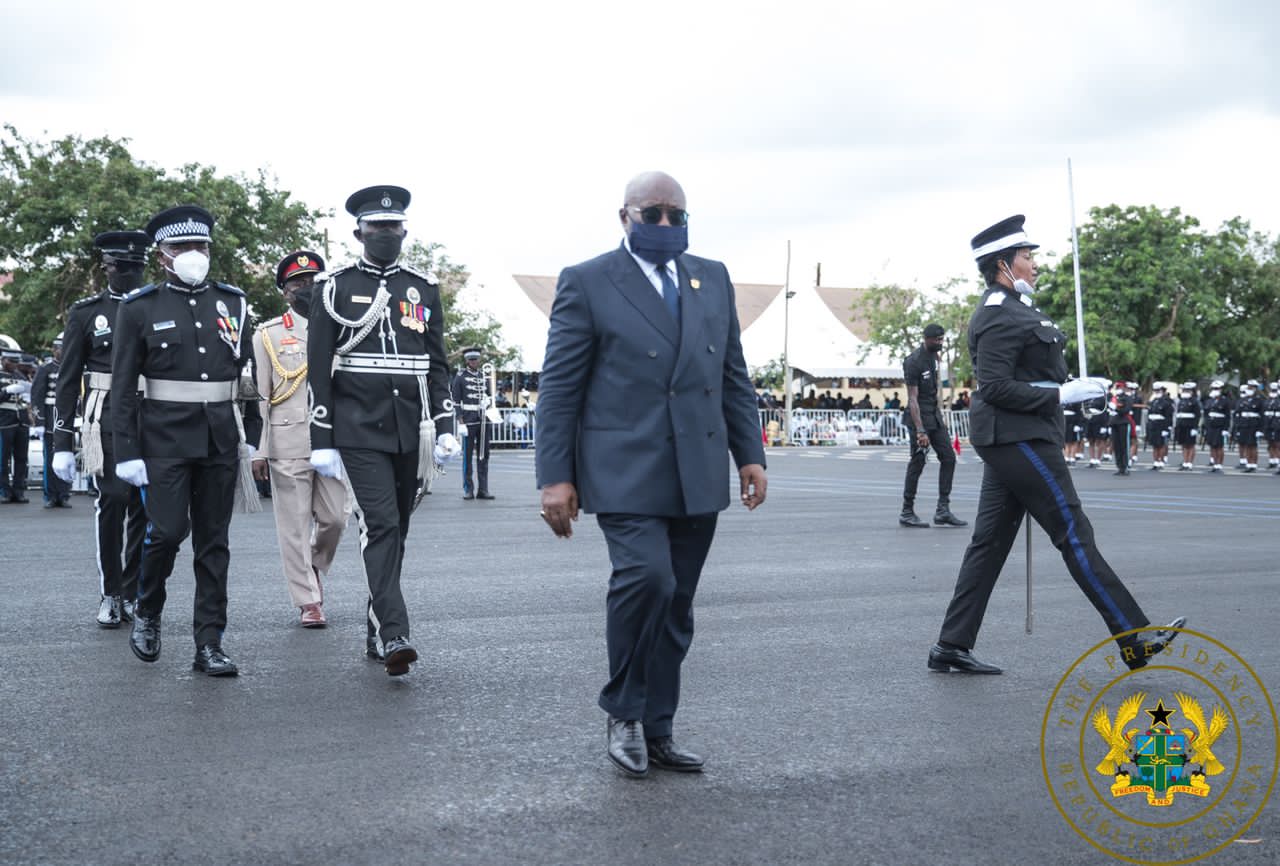 Dr. Dampare’ll be 23rd IGP, he’s proven I made the right appointment- Akufo-Addo

President Nana Akufo-Addo has given a clean bill of health to discharge of duties by Acting IGP Dr George Dampare since his appointment adding that plans are far-reaching to confirm him as substantive Inspector General of Police.

According to the president, the outputs of Dr. Dampare proved that he has the http://africaneditors.comchoice.

Speaking at Tesano Police Depot during the passing out of some officers, President Akufo-Addo said “You have vindicated my decision to appoint to the position of Acting IGP”.

“I’m confident that once the necessary processes are completed, which I’m sure will be soon, he’ll become our nation’s 23rd Inspector General of Police”, he noted.