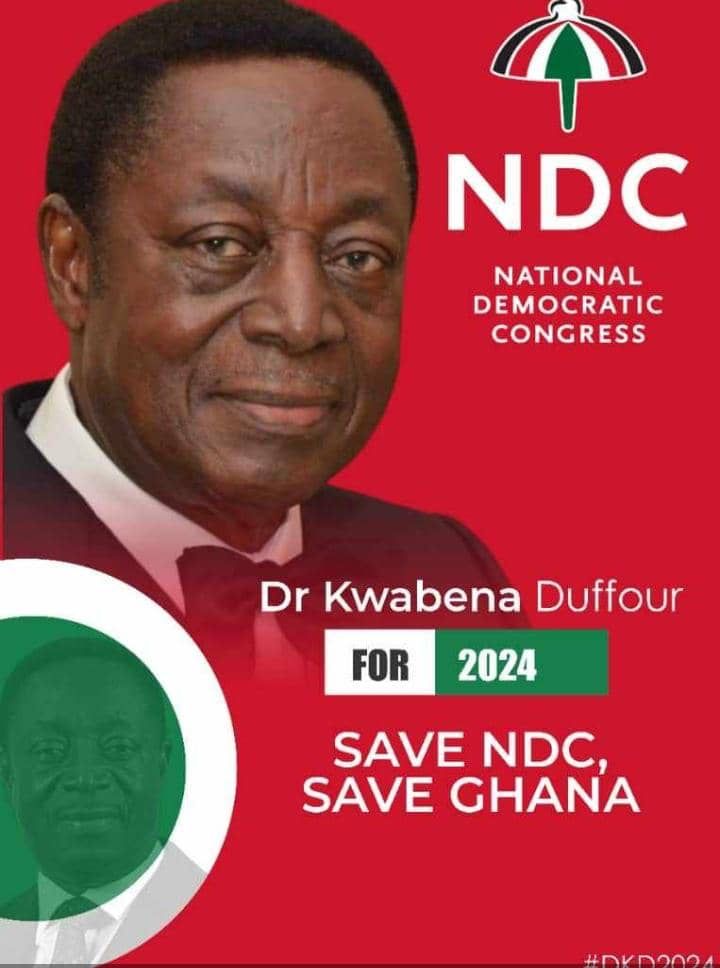 The poster which has already provoked debate about the future of the NDC after losing 2020 legal battle at the Supreme Court, got social media users asking whether the astute economist will contest for NDC flagbearership.

With 2020 NDC Flagbearer Ex-President John Dramani Mahama currently on a vigorous thank you tour across Ghana, issuing stern warnings to the party of his third time political rival NPP that the opposition party will defy all odds to hold grounds against key competitors whilst ensuring strict adherence to electoral laws at polling stations, many are beginning to hold the tendency that the tie at the top will be between Dr. Duffour and Ex-President Mahama.

EX-President John Mahama served Ghana as Assemblyman, Deputy Communication Minister, rose to substantive minister, Vice President, a President, EX-President and lacing his boots ahead of 2024 polls although he has not yet declared any intention to led the NDC.

Dr. Kwabena Duffour was the Governor of the Bank of Ghana and Finance Minister. He is the President of Institute for Fiscal Studies and was singled out as one of the best governors by the the International Monetary Fund, IMF.