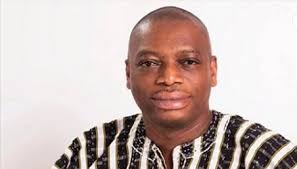 Ghana at 65: Improving our Economic Fortunes: Do We Need Domestic Might or Foreign Control? Statement by Dr. Kingsley Nyarko, MP, Kwadaso:

Rt. Hon. Speaker:
On 6th March, 1957, Ghana obtained independence from colonial oppression after years of struggle by our peerless forebears. Our forefathers were desperate for freedom from economic deprivation, servitude and undignified living conditions. They saw the growing despondency, servitude and oppression among the people, fought fiercely, with the ultimate aim of severance from colonial domination in order to self-rule, self-govern, self-control and deliver the best living conditions anchored in self-dignity, freedom and Justice for the people.

Mr. Speaker, the foregoing affirms the philosophical position of Dr. J. B. Danquah when he averred that, “the party’s policy is to liberate the energies of the people for the growth of a property owning democracy in this land, with right to life, freedom and justice, as the principles to which the government and laws of the land should be dedicated in order specifically to enrich life, property and liberty of each and every citizen.” But, Mr. Speaker, it seems to me, and a larger section of the populace, that not much has been achieved subsequent to our independence.

Mr. Speaker, over the years, successive governments have attempted, and in some instances, introduced interventions to address the reasons above. But, sadly, they have not yielded the desired results to turn the economy around.

Mr. Speaker, since independence, and even before, our forefathers and political leaders have held the unshaking belief that we are capable of administering our own country and to make it prosperous. They belief that the socio-economic turnaround of the economy lies in our own hands, and none else. They believed in the time-tested axiom of B. F. Skinner, one of the greatest behavioural psychologist that, “We are the architects of our own destiny.” And this is true. None, but ourselves can make the country better and place it on the path of growth and development.

Mr. Speaker, for how long can we depend on external support for our socioeconomic progress? For how long should we be directed and guided by Western financial institutions about our own internal affairs and the improvement of our economic conditions and standard of living? As our first President alluded to, “The Black man is capable of managing his own affairs.” Yes, we are capable, and must, at all material times, demonstrate that capability. And I belief that, that capability is in our bones and genes.

Rt. Hon. Speaker, of all the reasons cited above, and even those not included on the list, the one mostly neglected, and must be tackled frontally, is the low domestic revenue mobilization, largely obtained via taxes, fees and charges. I think there should be a fundamental and paradigm shift in our approach towards development. We need to look more within and less without. We need to cash in on our domestic might than rely on foreign control.

Mr. Speaker, successful, emerging and developed economies relied mostly on their domestic might—resources located in their countries and outside their countries (Human capital) as compared to foreign control—support from other countries and donor and development partners with its associated consequential conditionalities and restrictions.

Mr. Speaker, in the 2022 financial and economic policy of the government, the government, being aware of the revenue shortfalls in the country, have identified some revenue enhancing measures to improve upon our socioeconomic outlook. The measures include the reversal of benchmark values, fees and charges policy, reduction of small scale miners’ withholding tax from 3% to 1.5% and the electronic transfer tax.

Mr. Speaker, presently, out of the 30.8 million population of the country, and out of the about 18 million potential tax payers, only 2,4 million are registered income tax payers, 45, 109 companies are registered to pay corporate tax whilst 54, 364 are individuals or self-employed who have registered to pay tax (MoF Data, 2022). This amounts to about 2.5 million individuals and entities that pay direct tax to the state. This represents about 3.8% of the potential direct tax payers of 18 million. This situation calls for a creative and innovative approach in addressing this perennial domestic revenue mobilization difficulty.

Mr. Speaker, that is the reason why the government seeks to introduce the E-levy as an additional revenue stream to increase our revenue envelope to promote our socioeconomic turnaround. Though, the E-levy has been accepted and approved in principle by this House, the passage of the E-levy bill has been in limbo and this is seriously affecting the fiscal position of the country. While the government is urging the minority group to support it, the latter’s opposition and resistance to it has been unwavering, and some of them, together with a section of the population, is praying the government to seek support from the international monetary fund.

But, Mr. Speaker, is the IMF the solution to our current economic challenges? In as much as the E-levy is not the solution, but a solution to navigate us away from our economic doldrums, similarly the IMF cannot be the solution. Why then should we not look within, take our destiny into our own hands and deal with our own challenges? Mr. Speaker, I hope we can resolve this matter today in order to continue to meet the aspirations of the citizenry.

Rt. Hon. Speaker, rising debts to scary levels is seen as a major challenge for economies, especially developing and emerging ones. Balima and Amadou (2019) observed that “while high government debts expose countries to rollover risks and to a sudden tightening of international financial conditions—and therefore subsequent debt crises—an important policy question is whether, the Fund, in its mandate of providing financial support mechanisms to member countries that are experiencing actual or potential macroeconomic problems through bailout mechanisms, can help mitigate the occurrence of such subsequent crises.” This observation, Mr. Speaker, needs to be critically analysed.

Mr. Speaker, Jorra (2012), indicated that IMF loans could affect sovereign defaults through a myriad of confounding pathways. One of such pathways could happen as a result of the ramifications of liquidity provision, especially within the context of a government with fiscal issues. According to Fischer (1997), a government that is confronted with a temporal liquidity problem, and resort to the IMF for support may have a direct effect on its fiscal difficulties and prevent a potential self-fulfilling crisis.

Again, Mr. Speaker, (Fischer, 1997; Morris & Shin, 2006 & Saravia, 2010) have argued that, further to mitigating the fiscal constraint, the IMF intervention could also have a vital catalytic role on other official and private investors by restoring confidence in order to mobilize capital from other sources. But, In the view of Fink and Scholl (2016), the catalytic role on private lenders could come at a cost in the long-run if the government accumulates a higher level of private debt.

Mr. Speaker, another instance is the role of conditionalities as a precondition to accessing IMF bailouts which could help rebuild a sustainable macroeconomic position and improved fiscal position. These conditionalities also come with restrictions which also affect the economy in terms of recruitments among others.

Mr. Speaker, although Balima and Amadou (2019) have stated that a country that signs a programme with the IMF, normally experiences a slight improvement in its sovereign credit rating and a decrease in both government debt-to-GDP and fiscal deficit-to-GDP ratios, we cannot continue to be controlled by them in shaping our economic destinies. We need to chart a new path.

Mr. Speaker, in 2015, the government sought IMF bailout in the sum of a billion dollars. Yet, our economic conditions have not improved to our satisfaction. Mr. Speaker, kindly indulge me to provide the Executive Board’s conclusion on the discussions to give Ghana the extended credit facility in 2015 as summarised by Mr. Min Zhu, Deputy Managing Director and Acting Chair, “After two decades of strong and broadly inclusive growth, large fiscal and external imbalances in recent years have led to a growth slowdown and are putting Ghana’s medium-term prospects at risk. Public debt has risen at an unsustainable pace and the external position has weakened considerably. The government has embarked on a fiscal consolidation path since 2013, but policy slippages, exogenous shocks, and rising interest costs have undermined these efforts. Acute electricity shortages are also constraining economic activity.
“The new ECF-supported program, anchored on Ghana’s Shared Growth and Development Agenda, aims at strengthening reforms to restore macroeconomic stability and sustain higher growth. The main objectives of the program are to achieve a sizeable and frontloaded fiscal adjustment while protecting priority spending, strengthen monetary policy by eliminating fiscal dominance, rebuild external buffers, and safeguard financial sector stability.
“Achieving key fiscal objectives will require strict containment of expenditure, in particular of the wage bill and subsidies. The government’s efforts to mobilize additional revenues will also help create more space for social spending and infrastructure investment, in particular in the energy sector. The government is rightly adjusting expenditures further to mitigate the shortfall in oil revenue and avoid a larger debt build-up. Moreover, a prudent borrowing strategy will be needed to ensure that financing needs are met at the lowest possible cost.
“The government’s structural reform agenda appropriately focuses on strengthening public financial management and enhancing transparency in budget preparation and execution. Strengthening expenditure control will be critical to avoid new accumulation of domestic arrears. The government should continue to clean up the payroll and improve control of hiring in the public sector to address one of the main sources of fiscal imbalances in the recent past. At the same time, enhanced transparency in the public finances will be critical to garner broad support for reforms.
“The authorities are strengthening monetary operations and gradually eliminating monetary financing of the budget to improve the effectiveness and independence of monetary policy and bring inflation down to single digit territory. Safeguarding financial sector stability will be important for supporting private sector activity.”

Mr. Speaker, the above narrative by the Fund and the suggested solutions can be done by us. We can do it. We can commit ourselves to raising revenue from within the country to develop our land.

Mr. Speaker, I would like to implore the House to embrace domestic might, and not foreign control in improving our socioeconomic fortunes. The electronic transaction levy is a domestic might.

Let, me conclude, Mr. Speaker, by commending our gallant patriots for their foresightedness, vision and sacrifice to ensure a prosperous nation realized on the might of the people from within its domestic resources.

Thank you, Mr. Speaker, for indulging me. I am forever grateful.